After Two-Month Coma From COVID, In-plant Manager Eager to be Back

When COVID-19 erupted last March, hospital in-plants were among the busiest. At Monument Health, in Rapid City, S.D., long-time manager Larry Mills was working hours of overtime printing vinyl banners and signs for hospitals – and was happy to put in the extra effort to help the organization in its time of need.

Then, in August, he tested positive for COVID-19, and his world turned upside down.

“I was … admitted to the hospital on August 20th. I was put on a ventilator and was placed in a medically induced coma. My wife was only allowed to visit me for 15 minutes once a week, after three weeks of no visitation. At one point they let her in to see me because the doctor told my wife to prepare for the worst. I was not expected to make it,” he wrote in an email this week.

He has no memory of her visits, nor of his tearful children FaceTiming him on his birthday, nor of anything that happened for the next two months.

“I then woke up about seven to eight weeks later in a long-term recovery hospital … 400 miles from home – and it was snowing outside my window. I still thought I was in mid August, but I later found out I was in mid October. That was an extremely strange feeling.”

Mills was eventually able to return home for inpatient rehab. Because of his prolonged time in bed, he had to relearn how to walk.

“My muscles were completely gone, and I couldn’t sit up in bed without passing out because my blood pressure was completely messed up. Kidneys shut down. I couldn’t swallow.”

His doctor told him he would have to go on dialysis for the rest of his life. But his stubborn “cowboy mentality” would have none of it, and he put the power of positive thinking to the test.

“Ten days later my kidneys had started to rebound. My counts were falling in line, and today my kidneys are functioning in the normal range. The doctor said you do not see this kind of recovery with kidneys once they shut down as hard as mine did,” Mills wrote. “Everything is coming back so well, I am truly blessed.”

After 102 days in the hospital, he was discharged on November 30th. Outpatient physical therapy continues, though, and he remains on supplemental oxygen. 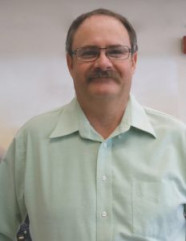 “Several days ago, I was able to talk my primary doctor into letting me go into work four hours a day, three days a week, starting Monday next week. My muscles are getting better, but I can’t walk farther than about 100 yards without having to sit and rest to catch my breath. My wife has been my rock. I cannot imagine what she has been through while I was unconscious.”

In the in-plant, his coworkers stepped in admirably while he was out, putting in weekly overtime to get the printing done.

“My boss has been nothing but amazing in helping me: holding my job and going the extra mile to help run my shop while I have been out,” he lauded. “My VP and my team have gone way over and above to do everything in my absence.”

“I am very lucky to have had my capital purchases approved before I got sick,” he added. “I got two new pieces of equipment – a new wide-format machine and an inkjet envelope press – approved and a new Fiery for one of my Xerox [printers].”

IPI joins the entire in-plant community in wishing him the very best in his recovery.

Hospital In-plants Prove Their Value During a Crisis