Department of Labor Eliminates Printing Jobs From Statistics: What Does This Mean for You?

When the Bureau of Labor Statistics (BLS), part of the U.S. Department of Labor, announced recently that commercial printing, screen printing, and print support activities have become "too small or too concentrated to be tracked" in its Current Employment Statistics database, there was an uproar in parts of the industry. Michael Makin, President & CEO of Printing Industries of America, shot back with a missive expressing his disappointment, citing forecasts for print revenue growth, and noting PIA's multiple attempts to get BLS to revise its outdated definition of the printing industry. 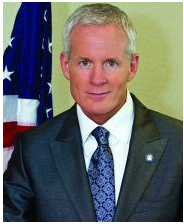 Michael Makin, president and CEO of Printing Industries of America.

"Print has and will continue to evolve as a media, and printers will continue to transition with a diverse mix of processes, products and ancillary services," he wrote. "Unfortunately, the BLS has demonstrated it is less than interested in keeping up with the times and in collaborating with PIA on modern industry definitions that would more accurately reflect that print is alive and thriving as a key manufacturing sector."

The BLS data is what's irrelevant, he sniped, not printing and graphics communications jobs.

Industry indignation aside, what real impact does this decision by a government agency have on printers? For one thing, notes consultant and industry observer Howie Fenton, it contributes to the existing perception of printing as a declining industry.

"Without the BLS tracking this industry, it's almost saying it's not an important industry," he laments. "It's not a possible career path for you." 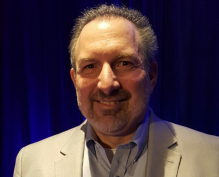 It's already tough enough to get young people to consider printing careers, he notes, due to popular perceptions that "everything's going to be electronic." This new black eye doesn't help.

"The high school counselors are not looking at printing as a viable market any more," Fenton says.

One person who faces this repeatedly is Ken Macro, chair of the Graphic Communication Department at California Polytechnic State University. He talks to parents of prospective students all the time who are concerned about whether their child will be able to find a job after graduation. The BLS decision will only fuel their unease, he predicts, making them worry that "this printing thing, it's gone by the wayside. The government's not even counting the jobs." 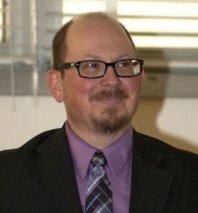 "65% of the students that come into our program go into web and app development," says Macro. "I spend the majority of my time convincing them that they should consider going into the [printing] industry."

There are jobs aplenty, he insists.

"All the commercial printers all scream and cry that they cannot get labor," Macro says.

Another impact of the BLS decision, adds Fenton, is that without industry employment data, it's difficult to know where to focus training efforts.

"It really helps to understand where training is needed, especially as the industry evolves," he says. 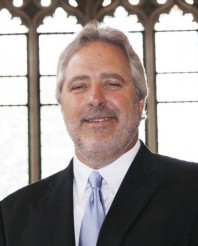 John Sarantakos of the University of Oklahoma

For in-plants, whose numbers weren't tracked by the BLS to begin with, the reaction has been more muted. (After all, having been overlooked by everyone for years, they already know what it feels like to be disregarded.)

John Sarantakos, director of one of the country's largest in-plants at the University of Oklahoma, remains defiant about the importance of print, despite what the BLS may think.

"The biggest problem that exists is recruiting talented employees," he continues, "but that is not a new problem."

Still, it's problem that won't get any better thanks to the BLS decision. Sarantakos remains optimistic though.

"Printing may be changing," he says, "but it is not going away — regardless of what the government thinks."

Free Guide to Nurture Next Generation of Print Leaders

Heidelberg Invests in Production of Printed and Organic Electronics

This webinar will deliver plenty of information about how to make money with DTG and include a demo of how to print custom face masks.