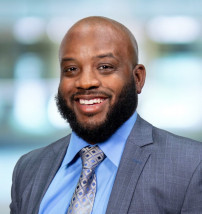 Though he calls it luck, it was much more than good fortune that got him to where he is today. From Ward’s own commitment to expanding his skillset, to optimizing workflow and reducing costs in the in-plant, his career in management proves that luck is only useful if you have the drive to spin it into success.

After growing up in a small town in Alabama, Ward relocated to Virginia with his family when he was in middle school. When In-plant Impressions spoke to Ward, the week marked 19 years since he’d joined LMI, a Tysons, Va.-based logistics management consultancy. His initial role of office services assistant came about thanks to a little luck and a leap of faith, followed, of course, by a lot of hard work.

“An HR recruiter found my resumé online and asked if I was interested in coming in for an interview for a position similar to mine,” explains Ward. “I told my boss at the time. He told me, ‘if it’s an opportunity for growth then go to the interview.’ I don’t know many bosses that would do that. He was all about independent development and personal growth. Needless to say, I went to the interview, they made an offer, and my boss said I will be a fool if I didn’t take it, so I took it. Nineteen years later, I’m still here.”

When Ward was initially hired, his responsibilities consisted of managing courier services, handling shipping and receiving, and making deliveries.

“Then we started evolving into print,” Ward explains. “We did very little print when I first started, and we actually outsourced a lot of the print work. My boss and mentor at the time was looking at opportunities for bringing the work in-house, so he started researching print equipment and the wider industry. We started off just doing black-and-white print, moving into color print as we grew. And it wasn’t my duty to learn that side of the business, but I was interested even then. I would get little tidbits and information on how it was operating.”

As LMI’s print center grew, so did Ward’s enthusiasm for that side of the business. His boss played a significant role in showing him the ropes, but when he made the decision to leave the business, “that’s when things got interesting,” says Ward. That change set Ward on the management path, although it wouldn’t be an instantaneous development. Having little experience as a manager, Ward was overlooked for a more seasoned print manager from outside of the company. However, this did little to dampen Ward’s energy.

“I was promoted to an assistant manager position, which I did enjoy,” he says. “At that point I was receiving leadership training, and I was still the go-to guy; the team was more familiar with me than the new manager.” 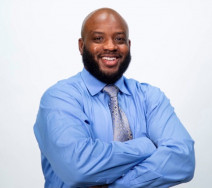 That new manager’s stint was short, however, and was followed by a similarly brief tenure for his successor. After that, it was Ward who was offered the manager position.

“Third time’s the charm,” he quips.

Now in the leadership role, Ward hit the ground running as the in-plant continued to evolve. He brought previously outsourced work in-house, researched additional print-related services the in-plant could offer, and identified opportunities to enhance the shop’s offerings. Ward attended webinars and seminars to expand his knowledge.

“Ultimately, I went to management and told them, ‘I think I can transition us to a setup that essentially operates like a commercial print entity,’ though we weren’t offering a commercial service,” he says. “That way, if we ever wanted to sell commercially, we would be ready.”

Ward’s enthusiasm for improvement was clearly contagious, and he was given the go ahead to look into optimization, upgrade equipment, and identify and reduce true costs.

“We had never analyzed what it really costs us to operate,” he notes. “We wanted and needed new equipment, we wanted to grow the print center, and so we had to do those things in order to make those decisions truly make sense and be beneficial.”

As well as transitioning to Ricoh equipment and upgrading finishing capabilities, workflow automation was also on the to-do list.

“One of the biggest things we were able to do was fully automate our print center and our workflow, and identify where the bottlenecks and pain points were,” explains Ward.

Ward’s continuous quest for knowledge and professional development has helped him keep his four-person team motivated.

“We’ve been looking for more training opportunities, and that’s when the industry associations really come into play for us,” he says. “I also incorporated a training curriculum in which I actually started testing out my staff based on our operations. They all got a kick out of me drawing up questions and having them answer them. But they enjoyed it, and it helped us all brush up on what we may have forgotten.”

Ward’s optimistic outlook even surfaces when discussing what he might consider his biggest challenge as a manager. He cites transitioning to the new and improved capabilities of the upgraded print center as the most significant hurdle for the team.

“We were able to do more, even from a request standpoint; we had more control to assist the end user, as opposed to previously: if it wasn’t sent like it needed to be … they had to take it back and fix it. And now we can do that for them. It was an adjustment for my team, but it was also a blessing.” 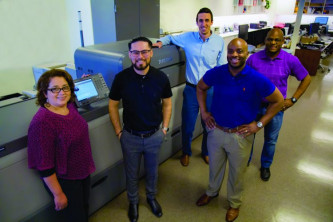 While it’s the ability to provide an outstanding service to end users that Ward hails as his greatest success, winning two In-Print 2018 awards was a special highlight in his career thus far. Thanks to the five-color capabilities of the shop’s Ricoh Pro C7110SX, Ward and his team were able to enter two pieces in the contest and received silver awards for each.

“To be recognized in my first year of being able to enter a production piece, that was cool,” says Ward. “We are often told we are the backbone of the company based on what we do, but there’s no plaque for that.” He credits the in-plant’s involvement with industry associations and peer groups as a major contributor to its success.

Though COVID-19 impacted his shop, he feels more fortunate than others. “Looking at the hit that the industry took ... we are lucky to have the luxury of being backed by the organization the way we are,” he says.

Ward is, unsurprisingly, a man with plans, so his long-term vision for the in-plant involves growing the insourcing portion of the shop’s business.

“My focus currently is on how we can increase our commercial aspect, providing a service aside from our parent organization,” he says.

Outside of work, Ward describes himself as a laid back, family man. (Married on 10/10/10, Ward has yet to forget a wedding anniversary.) Affectionately referred to as “Uncle Phil” — not just by his nieces and nephews, but siblings and cousins too — Ward’s passion for assisting others with their development and imparting wisdom isn’t limited to his role at the in-plant.

“I have picked up work as a financial coach in my spare time, just educating family and friends,” he says. “I make financial suggestions and teach people how to extend their knowledge of financial stability. What we’re focusing on is helping those in need better position themselves financially. It’s something that I have really found a second passion for.”

Ward’s commitment to education, seeking opportunities, and personal growth clearly demonstrates the course his career has taken can be credited to much more than luck. A born mentor, Ward will undoubtedly continue to learn and pass that knowledge on.

“I live to educate people on opportunities that can just bring growth and better opportunities to an individual,” sums up Ward. “If it’s something I know is beneficial, even if I just learned it yesterday, I’m trying to teach it to someone else the next day.”