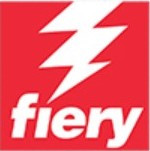 Fiery, which provides leading Digital Front End (DFE) technology for production and industrial printing, announced that it has been separated from Electronics For Imaging, Inc. (“EFI”) and established as a separate company that will operate independently while remaining owned by EFI’s owner, Siris Capital Group LLC (together with its affiliates, "Siris"). 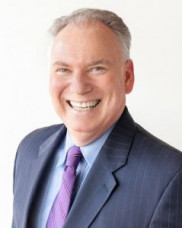 “This realignment best positions Fiery, the leading global DFE provider, to accelerate investment and win in its current markets while also strategically expanding its footprint into key adjacencies – as exemplified by Fiery’s recent acquisition of CADlink Technology Corporation,” said Mr. Jacobson. “I have always believed that digital imaging would not be where it is today without Fiery, and its separation from EFI will allow it to best serve customers in the DFE market.”

“Fiery solutions have always been about enabling digital print and making print engines better, and this is a milestone in furthering that mission,” said Mr. Weiss. “Fiery OEM partners will benefit knowing that they are working with a company that is completely focused on adding value to their print platforms with world-class color management, high-performance image processing, and automated workflows.

“Fiery will remain focused on working closely with its OEM partners, including the EFI Inkjet business, to continue developing cutting-edge technology that drives the next generation of automation, accuracy, and profit potential in digital printing,” Mr. Weiss continued. “Fiery now has a greater ability to serve as a neutral partner to ensure OEMs capture success within digital print. We look forward to accelerating our investment as a standalone company, while driving our expanding product portfolio, incorporating world-class color algorithms, and developing advanced cloud technology.”

“Fiery is a foundational player in digital imaging,” said Tyler Sipprelle, Partner at Siris. “Establishing Fiery as an independent company positions the business to deepen its commercial and strategic partnerships across the industry.”

IPMA Introduces 2023 Board of Directors

Future-Proofing Your Business with Technology, Automation, and Tools

Tips for Surviving the Pandemic and Recovering

Print Outlook 2023: What to Expect