The Hunkeler Innovationdays planned for next February will be postponed by one year. Due to the unclear development of the Corona pandemic, the management of Hunkeler AG had to make this decision after a detailed risk assessment. 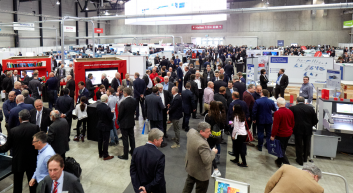 Hunkeler Innovationdays will now be held in Lucerne, Switzerland, from February 27 to March 2, 2023.

"The decision was made in close consultation with our largest exhibitors and business partners," emphasizes Stefan Hunkeler, President of the Board of Directors and responsible for Innovationdays. "Our goal is to hold a successful event. The unclear Covid 19 developments in various countries continue to restrict travel. The rules and regulations around the pandemic are dynamic and, in some cases, locally regulated. They continue to make international passenger travel difficult. In addition, various exhibitors are confronted with the globally known supply chain problems, which make it even more difficult to hold such an event."

The Hunkeler Innovationdays are already almost fully booked in terms of exhibitor places. The demand to participate as an exhibitor at the Hunkeler Innovationdays is increasing. There is nothing comparable in the industry where end-to-end high-performance digital printing solutions are presented in such a concentrated way. "In consultation with the major exhibitors, we are now postponing the event by one year to 2023, but all stand bookings remain in place," reiterates Stefan Hunkeler.

Hunkeler AG would have liked to celebrate its 100th anniversary together with its customers and partners at the Innovationdays. But safety comes first. Thus, the Hunkeler Innovationdays will now be held as usual in Lucerne (Switzerland) from February 27 to March 2, 2023. The focus at the next edition will once again be on the topic of automation and, as usual, there will be many innovations and premieres to see.

Pantone Introduces Its 2023 Color of the Year
END_OF_DOCUMENT_TOKEN_TO_BE_REPLACED