While some in-plants look to high-speed inkjet systems to fulfill many different production needs, Encompass Health Print Services brought the technology in for a single, recurring project — one that is vital to its parent organization.

The 12-employee in-plant, located in Vestavia Hills, Alabama, is no stranger to digital technology, says National Director of Print Services Danny Kirkland. The fully digital shop houses an HP Indigo 7600 and a variety of Xerox toner-based systems: a Versant 4100, an Iridesse, and a PrimeLink 9125 black-and-white printer. 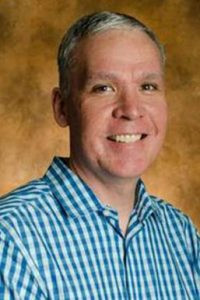 “It’s done everything I hoped it would do,” Kirkland praises, “including saving me money and giving me the quality I need in the time I need it.”

He says much of the savings come from a greatly decreased monthly click charge, which is saving Encompass at least $9,000 per month.

“My comptroller [saw the difference] and wanted to know what was going on — that’s a good thing,” he says. With recent cost inflation, he notes, the savings aren’t as good as they might have been, but the parent company is still seeing savings.

The Encompass Health in-plant produces a variety of end products for its parent company — offerings that extend beyond documents to include apparel printing for uniforms and wide-format printing. Among the shop’s many products is a binder known as WITH (Wellness Information Technology and Health), which is given to patients when they are admitted into the medical system. The binder helps patients understand what to expect while they’re at the hospital, and what they should do once they get home. The WITH binder, Kirkland says, is a significant project (the shop produces 200,000 of them per year) that includes mixed media, mixed plex, three-hole punching, and index tabs.

“This is the only system that could do it,” he says of the Baltoro.

Many factors make inkjet an attractive choice, Kirkland says, including high-capacity, better up-time, a more consistent print than toner, lower cost per page, and the ability to reduce the number of “boxes” on the production floor. Despite these many advantages, he says, “I still have yet to be satisfied with the quality [of inkjet].” He says that for marketing collateral, the shop still uses its high-quality Iridesse and Indigo toner-based systems, while inkjet is used for applications not requiring such high standards. 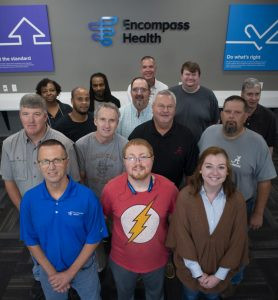 “Xerox knows my business very well and they know exactly what was needed even before it was installed,” he says. There was great collaboration between his local Xerox dealer and the corporate offices.

The shop was able to benefit from Xerox FreeFlow software, which — to his surprise — was able to replace the shop’s existing workflow system. Even better, he adds, the system migration was done internally by a prepress person, at minimal expense.

Investing in the Baltoro, Kirkland says, has increased the in-plant’s value by adding greater consistency to the massive and demanding WITH binder project.

“We’re able to produce a very stable product faster and more efficiently with better quality, at a better rate,” he reports. Quality is paramount on the WITH binder project: “The average person looking at the binder is 60-70 years old, so legibility is essential,” he says.

Kirkland encourages other in-plants considering a move into high-speed inkjet to get started now.

“Take your product, your material, your jobs, and run them on their machines from a time and quality perspective,” he advises. “See the job run in person. That will make your implementation much better.”

A Century of Service in Iowa