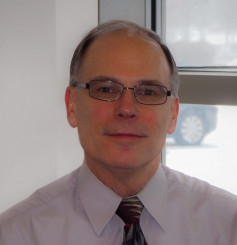 As director of one of the country’s largest in-plants, Yale Printing & Publishing Services (YPPS), Jeff Gworek finds some irony in the fact that he once passed up an opportunity to learn about printing when he was young.

“When I was in junior high, we had three choices. We had metal shop, wood shop and printing,” he recalls. “I took metal shop and wood shop.”

Despite that missed experience, Gworek has gone on to embrace printing in a career that’s included oversight of two major in-plants. In his 12 years at Yale University, Gworek has restructured and scaled down the in-plant, expanding into new businesses while saving millions of dollars for the university. He justified the in-plant’s value in a time when outsourcing reared its ugly head and has led YPPS to win numerous awards, including Best of Show in the In-Print 2016 contest.

Gworek’s background has given him a very different approach from that of other managers, many of whom have come up through the ranks in printing operations. He takes an analytical perspective focused on improving processes to achieve results.

“There’s always a better way,” he insists. “Sometimes it takes a little research to find that.”

His emphasis on research has its roots in his science-based educational background as he studied to become a marine biologist.

Born in Southington, Conn., Gworek attended the University of Massachusetts Dartmouth where he received his BS in Marine Biology.

“I loved the ocean,” he explains. “I love science.”

Gworek was subsequently hired by the Fafnir Bearing Division of Torrington Co. as an industrial engineer, where he provided internal consulting services to manufacturing operations, helping them become more efficient and productive.

This led him to a position as senior operations analyst for Phoenix Home Life, in Hartford, Conn., where he analyzed operations and recommended changes to improve productivity and cut costs. It was also his first opportunity to work with printing, since the in-plant was one of his customers.

In his next job, though, printing moved to the forefront of his responsibilities. In 1989, Gworek was hired as director of Administrative Services for BlueCross BlueShield of Connecticut. This included not only printing but purchasing, warehousing, inventory management, mail and records management. Here, his skills were put to the test when another recession brought potential layoffs and threatened parts of his operation. His analysis uncovered new ways for his staff to do more with less, and forged a philosophy that still guides him today.

“I believe you need to do what is right for the organization,” he says. “If you make it better that means it can stand on its own, and therefore not only do you benefit the organization but you also benefit the people that are working within your department — because they still have jobs.”

While at the company, he was asked to take on IT printing. He successfully integrated that operation with his own, reducing staffing needs and saving money.

After Anthem merged with BCBS of Connecticut in 1997, some of the departments under Gworek’s direction were relocated or restructured. He moved into the position of operations director for the East Document Management Center, where he oversaw the processing of correspondence and paper claims, which included scanning, OCR, data entry and workflow routing. Among other accomplishments, he introduced process improvements that reduced staff by 18% while increasing volume by 35%.

Gworek is convinced that opportunities abound for savvy managers to cut costs while increasing productivity.

“I believe that you can walk into any place that hasn’t really been looked at and reviewed, and eliminate 10% of the cost…right off the bat,” he declares. “It’s a philosophy that I’ve seen prove out in every place I’ve been.” This doesn’t just mean cutting staff, he hastens, it means doing things in a different way.

Between 2005 and 2007, Gworek worked for United Healthcare, overseeing claims processing and implementing major improvements in productivity and customer satisfaction. But after the company started outsourcing some claims processing to India, Gworek got nervous. So when he heard Yale University was looking for a director of its printing and publishing operation, he interviewed for the job.

In 2007, Gworek walked through the gates of one of the nation’s most prestigious universities and took stock. The in-plant had 70 employees and two locations. He saw right away that its organizational structure needed an overhaul and its print MIS was outdated. So after analyzing the operation for six months, he got busy.

He decided not to fill several open positions and begin the process of making the in-plant more lean. He had staff trained in Six Sigma concepts to eliminate defects and variation and introduced the 6S process improvement tool to improve organization and cleanliness. He upgraded the MIS from PrintSmith to Avanti.

Then, just as the improvements were taking effect, he learned in the summer of 2009 that the in-plant would have to vacate its plant to make way for the new Yale School of Management. This led to questions about whether Yale should keep the in-plant or outsource it. The university did an analysis.

Gworek and his team worked hard to demonstrate the value and savings the in-plant provided. He proposed additional cost saving measures that included implementing managed programs for the university such as for MFDs, printers, postage meters, paper, supplies and print procurement — programs that would end up saving $2 million annually.

In the end, the university decided to retain the in-plant and consolidate its two operations into one climate controlled 22,200-sq.-ft. facility.

“They basically recognized the fact that we provided value-added services, that we had the expertise in the business,” and that buying printing on the outside would end up costing Yale a lot more money, he says.

Over the years, Gworek has made numerous improvements at YPPS, drawing from his experiences at previous companies. He conducted a comprehensive operational analysis and developed a long-term plan so the in-plant could continue providing services even as its staff size decreased due to retirements. He was able to reduce staff from 70 to 44 through attrition and minimal layoffs, saving $2.2 million in salary and benefits. What’s more, the in-plant still generates nearly the same revenue with 44 employees ($11.2 million) as it did with 70.

Under his direction, the in-plant has made many improvements to its services and technology. In 2015, it began creating digital publications and apps to capture business for which print was no longer the ideal medium. Its mobile app for the Yale School of Music brought YPPS lots of praise.

To support Yale’s strong focus on sustainability, the in-plant earned Forest Stewardship Council (FSC) chain-of-custody certification in 2012 and continues to look for ways to reduce paper and electricity waste. YPPS won the Green Service Award from the Association of College and University Printers (ACUP), and it has been recognized by Yale’s internal Office of Sustainability for its efforts as well. This has led to a new opportunity; Gworek agreed to have YPPS administer a university initiative to repurpose office equipment and supplies to reduce landfill waste.

“It broadens the base of the services you provide that are valuable to the university,” he says.

Having attended many professional development trainings, Gworek feels strongly that his staff should also have access to personal development and training opportunities. He wants to inspire others toward leadership roles and meets individually with staff members to discuss their development needs and to create opportunities for them to try new things.

Gworek’s reputation in the industry has brought him some unique opportunities to share his experiences. In 2012, he was invited to speak at a three-day conference in Pushkin, Russia, held by the Publishing and Press Association of Universities of Russia. There he shared his knowledge about the publishing process at Yale.

Looking back on his career, Gworek says he wouldn’t change a thing.

Outside of work, Gworek enjoys cycling, running and collecting stamps and coins, as well as spending time with his three grandchildren.

A Feather in Yale’s Cap

Shape Your Habits for Success
Comments
Subscribe
From eNews