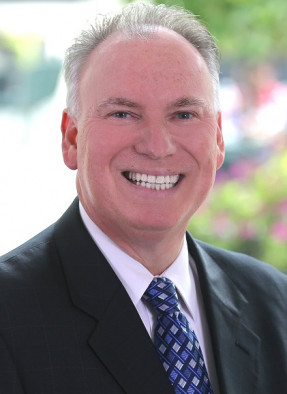 Jeff Jacobson is the first to admit that his 30-year career path in the printing industry is somewhat akin to the “Circle of Life” song composed by Elton John and made famous in Disney’s animated film, “The Lion King.” That’s partly because the newly named CEO and executive chairman of EFI launched his industry career leading a privately held company, but then spent the bulk of his time working at publicly held concerns.

And now, Jacobson is back leading a privately held enterprise in EFI, which was delisted from the NASDAQ exchange after being acquired last month for approximately $1.7 billion by an affiliate of private equity firm Siris Capital Group.

Jacobson’s executive career began as CEO of Kodak Polychrome Graphics — a privately-held joint venture between Eastman Kodak and Sun Chemical — for five years. From there, he worked for several publicly held companies. Jacobson served as COO of Kodak’s Graphic Communications Group, followed by assuming the chairman/CEO role at Presstek. And, in 2012, he joined Xerox and held various senior-level titles, before ultimately assuming the CEO role in January 2017 following the departure of then-CEO Ursula Burns. Jacobson departed Xerox in May 2018.

“I’m about as energized as I’ve ever been. I’ve had about a year of bottled up energy, so I’m ready to unleash,” Jacobson told Printing Impressions in a 1:1 phone interview yesterday. He revealed that he wasn’t initially planning to assume the CEO position but, when EFI CEO Bill Muir announced his desire to depart after the acquisition by Siris became complete, that role presented an opportunity upon which Jacobson just couldn’t pass.

“I’ve worked with EFI and have known [former EFI CEO] Guy Gecht both as a partner and customer for about two decades. This is probably the only CEO role I would have taken, and it’s because of where EFI sits in the industry and its heritage,” Jacobson said. “To me, EFI is THE standard-bearer in our industry.”

Jacobson described EFI as a company that was built on technology, a platform that will be key to its future success. “I always admired that EFI had almost a cult-like following among its customers. The industry depends on EFI for that, and my job is to make sure that we continue the heritage of what Guy Gecht started as the leader of this company for many years.”

Jacobson revealed that he didn’t bring the opportunity to acquire EFI to Siris; rather, he said, the business development group within the technology-focused private equity firm had already targeted EFI as a viable acquisition target as it was researching investment opportunities in the industrial inkjet printing market.

“As Siris looked at it, each of the businesses [within EFI] collectively amounts to a billion-dollar business.” And although there are distinct product lines that comprise EFI, Jacobson believes they are all very much connected. “What Siris loved is that EFI is basically either No. 1 or No. 2 in every market [where it competes].”

Jacobson pointed to EFI’s leading positions within the industrial inkjet, packaging, corrugated, graphics, textiles, and ceramics markets, coupled with its market-dominant productivity software and Fiery digital front end (DFE) businesses. “The company was built through a lot of M&A over the years, especially in productivity software and industrial inkjet. That’s given us the foundation. Now, it’s more about execution and about growing markets where we have significant opportunities for share,” he said.

“It’s also about what we like to call ‘customer delight’ — ensuring we maintain close personal relationships and continuing to keep our customers at the forefront of technology,” he added, also hinting that, due to EFI’s geographic expansion over the years, EFI will turn to channel partners more so than what it’s done in the past.

Jacobson said he’s especially excited about digitization growth opportunities in high-growth markets like digital inkjet textile and corrugated printing — and even the display graphics market that is still growing between 3-5% annually. “For example, if you look at our BOLT printer, less than 5% of the textile market is digitized. And if you look at the Nozomi for the corrugated market, less than 2% of that market has been digitized. Certainly, Nozomi serves a market that’s still in its early infancy.”

He indicated it reminds him of his early days at Kodak Polychrome Graphics and the advent of computer-to-plate (CTP) in the printing industry. “The early adopters were pioneers and they had such a competitive advantage. And, once their competitors saw they had those new technologies, they realized that had to get into CTP, too. And it started this whole groundswell of adoption.”

Jacobson’s success as CEO moving forward will hinge on history repeating itself, with EFI continuing to bring products to market that will maintain its long-held heritage of innovation in the graphic arts industry. For Jacobson, the Circle of Life will also give him the opportunity to help give “life” back to an industry in transition, but a landscape that — like in “The Lion King” — still possesses infinite possibility.