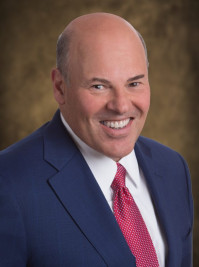 The Board of Governors of the United States Postal Service announced its unanimous selection of Louis DeJoy to serve as the 75th Postmaster General of the United States and Chief Executive Officer of the world’s largest postal organization. DeJoy is an accomplished business executive with more than 35 years of experience. As Chairman and CEO of New Breed Logistics, DeJoy spent decades in collaboration with the U.S. Postal Service, Boeing, Verizon, Disney, United Technologies and other public and private companies to provide supply chain logistics, program management and transportation support. He is expected to begin serving in his new role effective June 15.

“Louis DeJoy understands the critical public service role of the United States Postal Service, and the urgent need to strengthen it for future generations,” said Robert M. (Mike) Duncan, chair of the Board of Governors. “The Board appreciated Louis’ depth of knowledge on the important issues facing the Postal Service and his desire to work with all of our stakeholders on preserving and protecting this essential institution.”

DeJoy becomes the fifth Postmaster General to join the institution from the private sector since the Postal Service became an independent establishment within the Executive Branch in 1971.

“Having worked closely with the Postal Service for many years, I have a great appreciation for this institution and the dedicated workers who faithfully execute its mission. I look forward to working with the supporters of the Postal Service in Congress and the Administration to ensure the Postal Service remains an integral part of the United States government. Postal workers are the heart and soul of this institution, and I will be honored to work alongside them and their unions. It will be an incredible honor to serve as Postmaster General, and I commit myself to upholding the Postal Service’s cherished role in our nation,” said Mr. DeJoy.

As Chairman and CEO of New Breed Logistics, Inc., he transformed a small, family owned transportation company with 10 employees into a nationwide provider of highly engineered, technology-driven, contract logistics solutions employing more than 9,000 people. New Breed Logistics was a contractor to the U.S. Postal Service for more than 25 years, supplying the Postal Service with logistics support for multiple processing facilities. The company received Quality Supplier Awards from the Postal Service in 1995, 1996, 1997 and 1998.

In 2014, New Breed merged with XPO Logistics, with DeJoy serving as CEO of XPO Logistics’ supply chain business in the Americas before retiring in December 2015 as CEO and joining the XPO Logistics board of directors, where he served until 2018.

DeJoy is a member of the Board of Trustees at Elon University in North Carolina and the Fund for American Studies in Washington, DC. He received his Bachelor of Business Administration from Stetson University. He currently resides in Greensboro, North Carolina with his wife, Dr. Aldona Wos.

DeJoy’s appointment comes upon the retirement of Megan Brennan, the nation’s 74th Postmaster General, who announced her intent to step down in October 2019. The Board of Governors then began an extensive nationwide search, employing a national executive search firm to conduct the search with additional advisory services from Chelsea Partners. In the ensuing months, the Governors reviewed the records of more than two hundred candidates for the position before narrowing the list to more than fifty candidates to undergo substantial vetting. Subsequently, the Governors interviewed more than a dozen candidates in first round interviews, and invited seven candidates for follow-up interviews. A narrow list of finalists then underwent a final vetting process before the Governors made their decision.