For the 18 years Manager Tim Mulvey has been with the Arapahoe County Distribution and Print Services Division in Littleton, Colorado, he’s wanted to merge the county’s mailing operation with Print Services. In January 2021 he finally succeeded. Even better — the two operations will now be under one roof.

“I have been trying to get the mail center operations under Print Services for the whole time I’ve been here. You know mail and printing go hand-in-hand as far as I’m concerned, especially in-house,” Mulvey says.

As part of this consolidation, Print Services will move out of the administration building and into the mailing and elections warehouse, four minutes down the road. 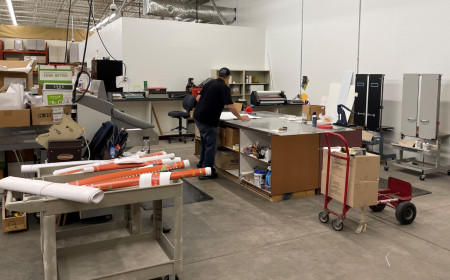 The bindery area inside the in-plant's new facility.

“We’ve always been limited. This is a very small space,” Mulvey notes. “This move has opened up the print center for opportunities in the future now that we have more space.”

In addition to a new facility, the in-plant is refreshing its equipment. After renegotiating its lease with Xerox, Print Services will replace its Xerox Nuvera 157, Color 1000, and D136 devices with two Xerox PrimeLink B9136 printers — one with a booklet maker — and a Versant 4100, also with a booklet maker. Mulvey says swapping out the current equipment will generate $28,000 in savings thanks to reduced lease payments. 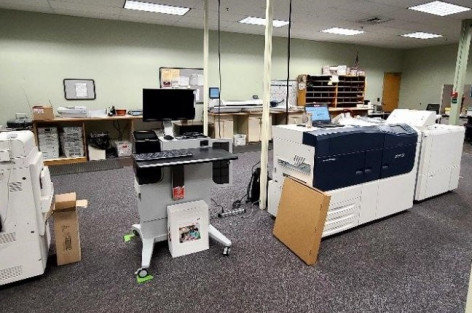 Some of the new Xerox equipment being installed in the Arapahoe County Distribution and Print Services Division’s new facility.

“I asked Xerox about reducing my overall lease payments, and that generated the discussion about replacing our equipment. Jobs weren’t down, but impressions were down. And if I could reduce our payment — and if doing that would be by reducing the model of machine I have, to be more in line with our impressions — let’s do it,” Mulvey says. 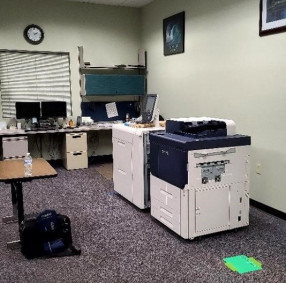 The new Xerox B9136 inside the in-plant's new facility.

Also to save money, the shop went from two Pitney Bowes mailing machines to one, generating about $6,200 in annual cost savings.

Mulvey says the in-plant is also doing away with its offset press and is going fully digital with the installation of a Xanté En/Press.

“Our offset press basically became an envelope maker, so we just had the Xanté installed, so we’re excited about that,” he says. “The staff went through training, and we’re starting to put work on it.”

Mulvey notes that the En/Press can print two-sided envelopes and utilize variable data to print postcards.

Between the move and the new equipment, Mulvey says the shop will be more efficient and save money for Arapahoe County. 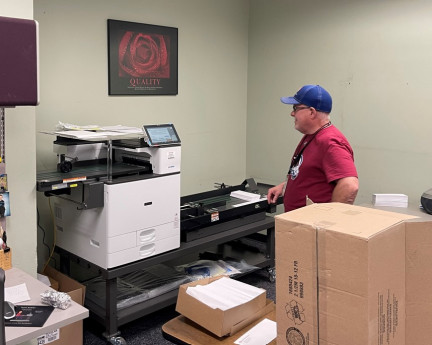 “It’s beneficial to the in-plant because mail center operations will be more streamlined,” Mulvey says. “When you bring two departments together there’s a lot of cost savings, and we’re still able to maintain our production and meet our customers’ needs.”

A Visit to Arapahoe County