In a year containing a presidential election — to say nothing of a presidential impeachment — the pace of lawmaking will probably slow down as the drama of the political events ratchets up. But as Lisbeth Lyons, VP of government affairs for Printing Industries of America (PIA), points out, “the sausage still has to be made,” and some of the wurst coming out of Washington, D.C., will have to be digested by printers.

The meal as a whole will be either hearty or frugal depending on the state of the economy, which is influenced by the same forces that shape national politics. Although the fundamentals are sound, there’s no guarantee that they will remain that way as the year’s momentous decisions are reached. 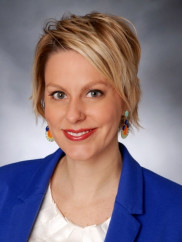 Election seasons, notes Andrew Paparozzi, chief economist for the Specialty Graphic Imaging Association (SGIA), breed uncertainty that can turn into “a significant drag on the economy” as people and companies wait for things to grow more predictable. He also thinks there’s reason to fear disruption from what he calls “the international economic brinksmanship” of ongoing trade and tariff conflicts.

As a result, concurs Ronnie H. Davis, PIA senior VP and chief economist, the economic outlook for the printing industry is “probably as cloudy as it’s been in quite a while.”

Although Davis, like Paparozzi, doesn’t see a clear risk of recession in 2020, he believes printers should think of themselves as having “one foot in the recession scenario, and one foot in the robust growth scenario,” as they plan for the months ahead.

Welcome, then, to the political and economic landscape for the printing industry in 2020.

In a few ways, the present time is on the industry’s side. As Marci Kinter, SGIA’s VP for government and business affairs, observes, printers may get some legislative relief from the fact that, during an election year, Congress is generally more reluctant to take actions “that may be seen as contentious for the business community.”

She says, nevertheless, that regulation-spawning issues like recycling and “the global plastic waste crisis” remain high on many lawmakers’ agendas. And the states, Kinter emphasizes, won’t necessarily slacken the regulatory pace this year to the same extent that Washington does.

In the nation’s capital, predicts Lyons, the “pretty stark differences” that exist between the two major political parties, and the “unusual flux” in Congressional routines caused by impeachment proceedings, “big ticket items” like health care reform and taxation are off the table.

Instead, according to Lyons, the parties — particularly the Democrats, blocked by a Republican-controlled Senate — will resort to introducing “messaging bills” that stake out their positions regardless of the bills’ chances of being passed. The industry should pay attention to these “trial balloons” — for instance, the package of proposals known as the Green New Deal — as harbingers of legislation to come, Lyons says.

Activity in state houses also bears watching, and California continues to be a bellwether of laws and regulations that could impact printers and businesses in other states, if similar measures are adopted there. Kinter points to the elaborately titled California Circular Economy and Plastic Pollution Reduction Act, aimed at achieving a 75% cut in packaging and plastic waste by 2030 through the elimination of single-use packaging and other single-use items.

Gary Jones, SGIA’s director of environmental, health, and safety affairs, notes a movement among lawmakers in various states to draft bills based on the principle of “extended producer responsibility,” or EPR — basically, imposing fees on manufacturers of recyclable products to help pay for the infrastructure needed to recycle the products. Maine has resolved to draft EPR legislation covering common household packaging, and other states, according to Jones, can be expected to come up with EPR measures of their own.

The good news on the federal regulatory front, Jones says, is that U.S. agencies have more than fulfilled the Trump administration’s policy of removing two existing regulations for each new one introduced. Jones says the rule reduction ratio at the Environmental Protection Agency (EPA) — the source of many air-quality standards that printers are bound by — is 6:1. He credits the agency with “moving very aggressively” on rollbacks, and says that if its officials have a choice, “they’re not going to introduce additional regulations.”

An important win for the industry at the beginning of last year, and one for which SGIA had lobbied, was the EPA’s modification of its “once in, always in” rule, which freed companies that reduced their emissions below the major-polluter threshold from having to continue to comply with the rule’s strict record-keeping and reporting requirements. Jones notes, however, that although the more liberal policy has been in place for a year, the rule change itself has not yet been finalized. 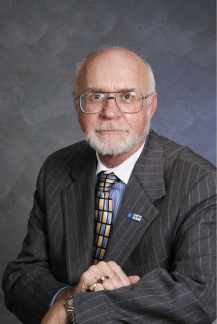 Another concern of printers and mailers is their potential liability under the U.S. Supreme Court’s 2018 South Dakota v. Wayfair decision, which requires sellers and shippers to collect sales tax in states they deliver tangible products to, whether they have a physical presence in those states or not.

Raymond says the industry has reacted with “wholesale confusion” to Wayfair because rules for complying with it vary from state to state. Given that there are 12,000 taxing jurisdictions in the U.S., he adds, the ramifications of the decision will catch up with those subject to it “sooner rather than later.”

Those mailing within or into California should pay heed to the California Consumer Protection Act (CCPA), written to give the state’s consumers greater control over the personal information that businesses collect about them.

Depending on their size and volume, businesses such as direct mailers and marketing service providers that maintain, buy, or sell personal data on California consumers will have to comply with the bill’s transparency and disclosure requirements as of Jan. 1, 2020 (enforcement begins in July). Raymond says that while “there’s some level of awareness” in the industry about the impact of CCPA, MailersHub is working to familiarize more people with it.

Growth Is Good, but …

According to a PIA Flash Report titled “Economic and Print Market Scan for 2020,” the industry’s total value of shipments increased by 3.61%, to $171.4 billion, from 2017 to 2018. Printers’ profits were said to be “generally healthy based on historic trends.”

The problem is that the industry can’t wall itself off from broader economic trends and events that dampen its growth. For instance, says PIA’s Davis, while corporate tax cuts and deregulation expanded the economy by about 1%, the effects of trade conflicts have trimmed it by the same amount — with the printing industry feeling both the positive and the negative boost.

Out of the four possible 2020 economic trajectories Davis posits in the Flash Report — accelerated, modest, sluggish, and recessionary — the most likely scenario is the one whereby the industry “will sort of muddle through and get modest growth again,” probably in the vicinity of 2%. 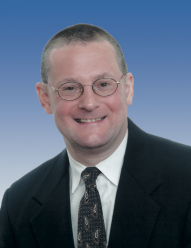 SGIA’s Paparozzi, similarly, foresees sales growing between 1.2% and 2%, but he’s concerned about the printing industry’s ability to maintain even that subdued pace.

“Margins are what matter,” he declares, noting that right now, they’re under considerable pressure at many companies. Although nearly 60% of an SGIA survey group reported increasing their revenues in 2018, only 36.5% said they were able to increase profits — an indication, according to Paparozzi, of how difficult printers are finding it to shepherd more of what they earn to the bottom line.

Besides uncertainty, the other of the “two major drags” that Paparozzi sees confronting the industry is its chronic shortage of skilled personnel. He says the reality for printers in a tight labor market is that “you have to hire practically anybody,” including people who will jump ship at the chance of getting better pay somewhere else.

“I’m afraid that we’re getting very close to that tipping point,” where labor shortages begin to hurt productivity and profits across the board, Paparozzi muses.

Prospects of a 2020 Recession?

As for the coming of a recession in 2020, neither economist wants to sound an alarm. Davis puts the chance of having one at 25%, noting that “there are no specific reasons overall” for a recession to occur (though he said this prior to the coronavirus outbreak in China, which has already slowed that country’s economy and impacted the U.S. stock market as well).

Paparozzi doesn’t quote odds, but points out that the economy is never “due” for recessions: they happen as consequences of dire events such as financial bubbles, major errors of policy, or “exogenous shocks” that stress the socioeconomic fabric as a whole.

He adds that because we can’t know what the trigger will turn out to be, the cause of the next recession may already be in place. But he thinks that whatever it is, it is not likely to reach “recession-inducing proportions” in 2020.

He acknowledges that the corona­virus has been “a drag on the American and global economies” but adds that since we can’t be certain how quickly it is propagating, it’s difficult to predict its full effect.

“The coronavirus will dampen the economy’s 2020 prospects,” he says. “We will have to watch closely to determine by how much.”

Despite everything, Paparozzi says, “printers are finding growth in a broad range of end-markets,” such as graphics and signage, POP, and personalized direct mail. Davis concludes that after “the long streak of pretty good years” that have followed the end of the last major recession, “printing is still an industry of opportunity” for well-managed firms. 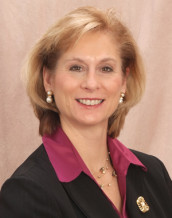 Kinter says that meanwhile, on the legislative and regulatory fronts, SGIA will keep on seeking “small victories” that enhance the industry’s position and enable it to avoid needless curbs on what it does.

One such achievement was a cooperation with the Spokane River Regional Toxics Task Force that “helped them understand the need for color in printing,” and the necessary presence of colorants in dyes. That “slowed the steamroller down” in terms of regulation and established SGIA as a credible partner in reducing toxic compounds in the Spokane River — a win-win for all concerned, according to Kinter.

Lyons says that, in 2020, PIA will continue to drive advocacy through its Print Powers America Action Center, a resource for helping printers reach out to lawmakers. She reports broad support for Print Powers America Week, an initiative aimed at promoting printing’s contributions on the national, state, and local levels.

Even at this early date, 2020 shows every sign of turning out to be, as Lyons puts it, “another polarizing election year.” But, by staying focused on the public issues that matter most to them, printers can keep polarization’s corrosive effects at bay and emerge from the tumult of 2020 in better shape — no matter whom the voters ultimately install in the Oval Office and in the chambers of Congress in 2021. l