Not Your Father’s Lockout/Tagout 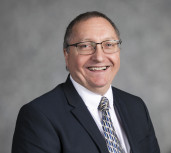 The Occupational Safety and Health Administration (OSHA) is an agency without a leader, with its most recent nominee for the full post having withdrawn his name from consideration last May. But while the agency hasn’t done as much as other agencies in terms of deregulation, according to Gary Jones, SGIA’s director of environmental, health, and safety affairs, he says a moratorium on new measures there “has ground the regulatory process to a halt.”

OSHA administers a rule that epitomizes the difficulty of getting workplace regulations to reflect the actual conditions of the workplaces they apply to. This is lockout/tagout, a long-standing requirement that production machinery be turned off and de-energized (unplugged) before service and maintenance procedures can be performed on it.

The issue, says Jones, is that today’s electronic, computer-controlled print production systems can’t be de-energized as casually as older, mechanical devices could. They may take a long time to come back up to full operation; and in any case, they can’t run built-in diagnostic routines without electricity to power them.

What OSHA didn’t understand, according to Jones, is that with equipment like this, “it’s not easy to turn it off, turn it back on, and remain in business.” He says a proposed lockout/tagout wording change would have made de-energizing such systems mandatory, leading to “literally millions and millions of dollars” in losses to printing, and to virtually every other industry as well.

That is why SGIA joined 13 other trade groups in a task force seeking a more realistic response from OSHA. Jones says the agency agreed to drop the problematic wording change in May of last year, but has not officially finalized the regulation since then.

The result, according to Jones, is that “OSHA inspectors are struggling in the field” as they try to oversee lockout/tagout compliance in keeping with the rule.