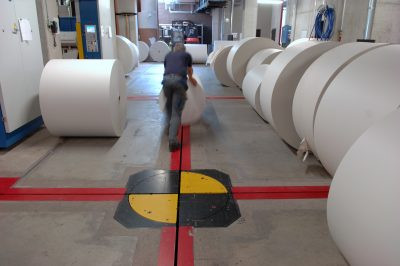 Paper Excellence, a global manufacturer of pulp and printing, writing, specialty, and packaging papers, has acquired Domtar, the largest integrated producer of uncoated free-sheet paper in North America, for $55.50 per share. The all-cash transaction represents an enterprise value of approximately (US)$3 billion.

After the transaction closes in the second half of 2021, Paper Excellence intends to continue the operations of Domtar as a standalone business entity. As such, Domtar will continue to be led by its current management team, and Paper Excellence plans to retain Domtar's Fort Mill, S.C.-based corporate office and its production locations.

Joe Ragan, Paper Excellence CFO, commented, “We are excited to add Domtar and its employees to the Paper Excellence global family. This marks a major step in our global strategy of identifying well-positioned assets and positioning them for growth. Domtar is a natural fit for our culture of operational excellence. We are enthusiastic about entering the American market as we continually improve Paper Excellence’s ability to serve its expanding blue-chip customer base.

“We have long admired Domtar’s expansive global footprint and believe that it will be a valuable addition to Paper Excellence. We look forward to investing in Domtar’s assets and people for long-term growth,” he added.

Domtar manufactures and distributes a wide range of printing papers used for digital and conventional commercial printing, publishing (magazines, catalogs, and books), and direct mail applications, under brand names such as Cougar, Lynx Opaque Ultra, Husky Opaque Offset, EarthChoice, and others. It also offers a full line of pretreated production inkjet grades under the Husky and Cougar brands.

Analyst Paul Quinn, of RBC Capital Markets, told The Canadian Press, as reported by Yahoo! Finance, that the deal to acquire Domtar is not surprising, given recent reports. "While the valuation is a bit below comparable transactions, we expect there to be fewer synergies in this deal given that Domtar will continue to operate on a standalone basis and therefore view the price as fair," he wrote in a report.

A key question for Quinn, Yahoo! Finance noted, is what Paper Excellence will do about Domtar's plans to convert up to four of its paper machines to containerboard production. "While we think that it is likely too late to turn back on the Kingsport conversion, the conversions at Ashdown, Marlboro, and Hawesville have not been started," he told the news outlet.

But Who Is Paper Excellence?

Headquartered in British Columbia, Paper Excellence — reported to be the second largest pulp and paper producer in Canada — is a privately held manufacturer of pulp and specialty, printing, writing, and packaging papers. Its seven manufacturing facilities in Canada produce 2.8 million tons of production, employ 2,800 workers, and generate $2.4 billion in annual sales. The company also operates a mill in Brazil.

To expand its printing, writing, and specialty paper offerings, Paper Excellence acquired Catalyst Paper in 2019, a Western Canada-based manufacturer most well-known for its No. 3 and No. 4 coated groundwood paper offerings — primarily used for commercial, publication, catalog, and insert printing —with annual production capacity of 1.3 million tons of paper and 336,000 tons of pulp.The acquisition included Catalyst's three Canadian mills located in Crofton, Port Alberni, and Powell River; its Surrey distribution center; and its headquarters in Richmond, BC.

Catalyst Paper itself was an amalgamation of several predecessor companies, including Crown Forest, Pacifica Papers, and NorskeCanada, among others. Catalyst filed for bankruptcy protection in 2012, and emerged with new ownership. In 2015, Catalyst expanded into the Midwest and Eastern U.S. by purchasing two of NewPage Corp.'s pulp and specialty coated paper mills in Rumford, Maine, and Biron Wis. Then, in 2018, Catalyst sold those two mills and its U.S. operations center in Dayton, Ohio, to ND Paper, a wholly owned subsidiary of Nine Dragons Paper.

The Target Report: Printing Papers Get Squeezed Out

Addressing the Challenges in the Paper Supply Chain