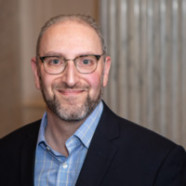 On Oct. 15, President Donald J. Trump announced his intent to nominate Hugh Nathanial Halpern as director of the U.S. Government Publishing Office (GPO). The GPO director serves as the chief executive officer of the agency, which opened on March 4, 1861.

Hugh Nathanial Halpern of Virginia, to be director of the Government Publishing Office

Hugh Halpern previously served as the director of floor operations in the office of the Speaker of the House of Representatives before retiring in January 2019 after more than 30 years of service. During his career, he also served as staff director of the House Rules Committee and in various roles on other House committees, including Financial Services, Energy and Commerce, and Public Works and Transportation. He was the recipient of the McCormack Award of Excellence for Congressional Employees and holds a bachelor’s and master’s degree from American University and a J.D. from the George Mason University School of Law.