To get their messages out to the masses, several church-based in-plants specialize in very high-volume publications.

To get their messages out to the masses, several church-based in-plants specialize in high-volume publications. 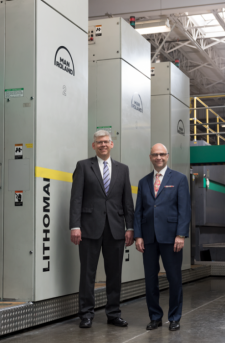 The Church of Scientology International in-plant in Commerce, Calif., produces eight monthly magazines in 17 languages with a combined circulation of more than three million copies. The runs comprise as many as 156 different versions, requiring continuous high-speed automated plate changes on the in-plant’s Goss Sunday 2000 web offset press. Pamphlets for the church’s “The Truth about Drugs” campaign go out at a rate of more than one million pieces per week.

The Printing Division of the Church of Jesus Christ of Latter Day Saints (LDS) in Salt Lake City is also a publishing powerhouse, responsible for producing four monthly magazines totaling more than one million copies; church texts and teaching aids; and 1.5 million copies of the Book of Mormon (including those placed in guest rooms of the Marriott hotel chain) annually. These materials, distributed worldwide, span 188 languages. 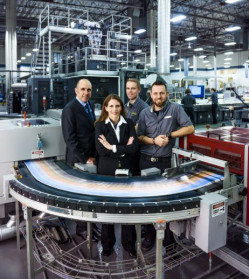 Director Steven Lewis says the church has partnered with printers in Nigeria, Brazil and other countries to produce some of its global output locally, thereby avoiding shipping delays and customs expense. Scriptures and other core products continue to come from the Salt Lake City in-plant, accounting for about 60% of worldwide volume.

Multilingual publication in mass quantities is a specialty of the Jehovah’s Witnesses Printery, which, like the LDS in-plant, has complementary operations in countries outside the U.S. Steven Bell, assistant manager of operations, says the Wallkill, N.Y., center focuses primarily on Bible and book manufacturing, producing between 15 and 20 million Bibles and bound books each year. Worldwide Bible and book production comes to 73 million copies annually, a number dwarfed by last year’s printing of 969 million copies of the Jehovah’s Witnesses journals The Watchtower and Awake!

“All our publications are produced in multiple languages,” notes Bell. “We produce the Bible in 162 languages and some of our Bible study aids in over 700 languages.” There are also editions in Braille for the visually impaired. 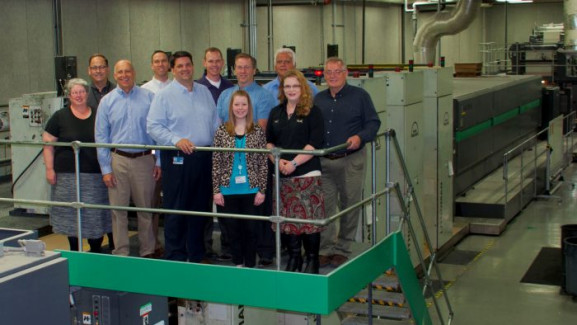 Faith in Their Work

How the Coronavirus is Impacting Sacramento State

John Yerger: A Printer Through and Through
Comments
COVID-19 Resource Channel