Staying Staffed and Stable in a Tight Labor Market

But, as many in-plants are discovering, a smooth hand-off of job responsibility is never something to be taken for granted — not when captive and commercial print shops alike are scrambling to hire at all levels from a dwindling pool of available talent.

In-plants used to be bastions of career longevity, but industry demographics are changing that. John A. Sarantakos, director of Printing, Mailing, and Document Services at the University of Oklahoma (OU), recalls there wasn’t much staff churn to deal with until about three years ago, when people with 35-40 years of experience began retiring.

Martin James: Has spent two years preparing a staff member to assume his duties as manager as he transitions to a new role.

Losing personnel as they age out of their jobs can be disruptive, Sarantakos admits. “Stability is a big thing,” he says. “We’re trying to get back to that now, but it isn’t easy.”

The best way to cultivate stability, Sarantakos and other in-plant professionals agree, is to plan well in advance for the vacancies that inevitably will occur. This includes monitoring employees for management potential; grooming the rising stars; and improving everyone’s chances for advancement with cross-training, career education, and participation in industry events.

“The future of any operation should never be left to chance,” stresses Sarantakos. “As leaders, that is our responsibility. Top line managers have to think beyond their own retirement date.”

Taking the long view goes a long way toward ensuring succession, especially in the most senior management positions.

At Deer Valley Unified School District in Phoenix, Ariz., Martin James has spent two years preparing a staff member he calls his “first lieutenant” to assume some of his duties as manager of the Graphic Communications department as he transitions to a new role this year. He says that she’ll then be on a path to take over the job completely when he retires, as he plans to, within the next five years.

An employee who “stood out from the beginning” because of her skills and her work ethic is on a similar track to replace Randall Bramlett as director of Printing and Mailing Services at Columbus State University in Columbus, Ga.

This “future rock star,” as Bramlett describes her, has risen through the ranks over the past five years despite having no prior background in printing. It was a “no-brainer,” he says, to pinpoint her for management in anticipation of his own retirement two years from now.

Is Everybody on the Bus?

Robert Donahue, director of Purchasing, Mail and Print Services at Franklin University in Columbus, Ohio, foresees a change of leadership there “as a matter of course” within the next two to three years as his retirement nears.

But Donahue, who is also president of the Association of College and University Printers (ACUP), stresses that the change won’t happen until he is sure all the elements needed for continuity are in place.

The question to answer, he says, is “do we have the right people on the bus, and are they in the right seats?” Donahue adds that because change, whether planned or unplanned, is unavoidable, in-plants need a “continuum of preparedness” in order to stay ahead of their succession requirements. 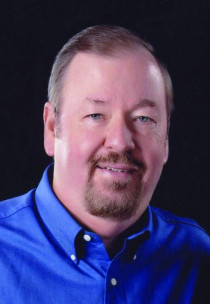 Randall Bramlett: It’s scary to contemplate how many in-plant managers on the verge of retirement do not have clear-cut succession plans in place.

That would ring true to Tammy Golden, who in her capacity as assistant commissioner of Document Solutions for the State of Tennessee’s department of General Services, recently completed a consolidation of services that included the hiring of two assistant directors and the promotion of another to director. Recruiting the ADs from the private sector gave the Nashville-based in-plant “good, strong bench strength” where and when it was needed, Golden declares.

But, succession doesn’t always occur on schedule, and it sometimes can frustrate even the best-laid plans. Bramlett says that filling a pair of offset press operator positions at Columbus State University had to be put on hold after the in-plant failed to attract any applicants with printing experience. The slots eventually were filled, one with a qualified press operator and the other with a retrained employee from the bindery.

Sarantakos says he opted not to replace an assistant director retiring from OU’s in-plant after 27 years when it became clear that no single employee would be able to handle everything the retiree had been responsible for. The need for a decision, moreover, came during a period of strict budget cutting at the university in 2018 — strict enough, Sarantakos says, that it raised some uncomfortable “are we still going to be here?” questions.

The solution proved to be dividing the retiree’s duties among current staff and adjusting individual pay rates accordingly — “a big money saver,” Sarantakos notes, compared with budgeting a full salary for a new assistant director. His next hiring challenge will be to replace a soon-to-depart salesperson responsible for the $2 million worth of insourced printing that the OU in-plant produces annually.

Knock Your Job Out of the Park 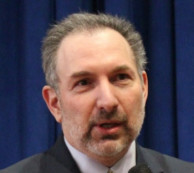 When hiring, zero in on the individual “who is really good at something that they do, who is just extraordinary at something,” recommends in-plant adviser Howie Fenton, of Howie Fenton Consulting. Golden agrees that “a positive attitude is huge” and counsels in-plant employees who want to move up the ladder that the best thing they can do is to “knock your current job out of the park.”

“I look for raw talent and motivation” regardless of background, says James, noting that his “first lieutenant,” a graphic designer, had been operating a day-care service out of her home before coming to the Deer Valley USD in-plant. Bramlett notes that when a candidate truly has what it takes to succeed, “you can tell this early on.”

That insight comes from keeping accurate tabs on what people are doing and how they are doing it. At the Deer Valley USD in-plant, says James, “I track everything in this department:” job tickets opened, jobs completed, errors logged, and other metrics of individual performance.

Donahue says that small-team meetings, semiannual performance reviews, and one-to-one conversations help him see where the opportunities are to ensure that employees “continue on a growth path.” 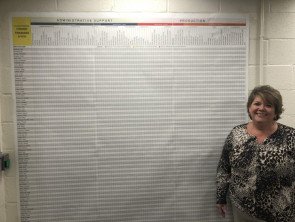 Tammy Golden, assistant commissioner of Document Solutions for the State of Tennessee’s department of General Services, shows off the wall matrix her in-plant uses to track individual development and document skills acquired through cross-training.

Probably no one tracks individual development more scrupulously than Golden, who uses what she calls “a humongous spreadsheet” — a large-format wall matrix — to document skills acquired through cross-training.

Employees’ names, and those of their supervisors, form the vertical axis. Across the top of the board are the equipment and application skills the in-plant operates with. Posted in the intersections are symbols denoting the skill sets employees have or would like to add: silver stars for things they can already do without assistance; red stars earned for completing training in a new skill; and yellow smiley faces indicating skills people have said they want to learn.

Inclusion on the board is voluntary. Employees cross-train on their own time, and Golden declares she is “pleasantly surprised” at how well it has all worked out.

As Bramlett observes, cross-training lets in-plants hedge against the loss of skills when key employees leave. “You should have backup everywhere,” he urges.

Another way to strengthen the bench is through progressive assignments. Fenton recommends asking people and groups to complete “project management tasks” that both test and stretch their capabilities: for example, identifying and solving a quality problem; or evaluating and installing a new software application such as an MIS or a Web-to-print solution. The results can alert supervisors to who is and is not ready for a step up, Fenton says.

Staff development resources available to academic and public-sector in-plants help these shops grow the talent they depend on. Franklin University’s in-plant, for example, can send aspiring managers through a “vital learning supervisor training program” that exposes them to the basics of the discipline (including, says Donahue, “internal politics”). At the next level, people already in supervisory positions can enter a leadership development program for advanced study.

The State of Tennessee has something similar in its “Emerging Leaders Institute,” an incubator for non-supervisory personnel. Golden says that four of her in-plant staff recently attended a week-long retreat under the auspices of the program.

Martin says that having employees “shadow” him at events gives everyone a chance to observe each other in action. Bringing staff along on outside calls tells him how well they interact with clients — a “huge expectation,” he notes, because of the large volume of external work that the Deer Valley USD in-plant performs for other school districts throughout Arizona.

“I try desperately to get people involved in events” such as regional and national meetings of the National Association of Educational Procurement, says Donahue. Bramlett has sent his prospective successor to the Southeastern University Printing and Digital Managers conference over the past three years.

Golden says she likes to “divide and conquer” by spreading staff attendance among the National Postal Forum, the In-plant Printing and Mailing Association (IPMA) educational conference, and other gatherings. Those who go are asked to make presentations to the rest of the team when they return.

Whatever tools in-plants have available for ensuring job succession, they must commit to using all of them. Bramlett says that although every in-plant is searching for “that absolute answer” to recruitment and retention, it can be scary to contemplate how many in-plant managers on the verge of retirement do not have clear-cut succession plans in place.

“We are an aging industry,” Mike Loyd reminds those working to perpetuate it. Loyd, IPMA’s executive director, believes the in-plant segment can still attract the talent it needs by positioning itself as a creative industry that helps people — a pitch he thinks it isn’t making energetically enough.

A sense of urgency should surround every decision related to staffing, Sarantakos advises.

“You have to be calculated about it,” he insists. “You have to worry about the future every day. You have to plan. You have to cultivate people. You can’t just stick your head in the sand.”