For more than two decades, Steven Katilius has been the go-to person for all printing and copying issues at Griffin Hospital. 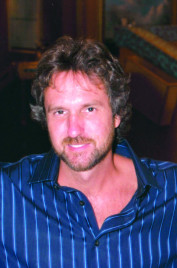 Steven Katilius, supervisor of Printing Services and the Mail Center at Griffin Hospital.

Steven Katilius still remembers his reaction the first time he heard about in-plant printing. He was working for a commercial printer when a friend told him about an opening in Griffin Hospital’s in-plant.

“That sounds great: in-house printing instead of commercial printing,” he recalls thinking. “It just sounded nicer to me at the time.”

“I’m very satisfied with the way things have turned out,” he says.

The son of a printer, Katilius grew up in Waterbury, Conn., where he earned his associate’s degree in marketing and business administration from Mattatuck Community College in 1988. Unsure of what to do next, he went to work for a year in his father’s print shop, Modern Printing, where he learned to run an A.B. Dick 360. But he grew restless there.

“I really needed a real job,” he says.

He found one at Stebco Printing, in Watertown, Conn., where he ran an envelope press for a year, then spent four years in the bindery.

“I really learned a lot about commercial printing,” he reflects.

In 1994, he learned from a former Stebco coworker, Mark Hanks, about the retirement of an operator in Griffin Hospital’s small in-plant in Derby, Conn. So he made the switch to in-plant life, and hasn’t looked back.

The shop at the time had only an A.B. Dick 360 with a T-head, which he ran, and a Xerox 5090 with tape binding, plus a small folder and drill, all packed into a 600-sq.-ft. room. He printed hospital forms, patient handouts, programs, letter­head and other materials.

Right away Katilius began making improvements. Dismayed by the disorganized way that masters were stored (i.e., tossed in a box), he took it upon himself to sort them, keeping only the clearest master for each form, and eventually digitizing them to store on a computer.

Over time, the copier operator position was eliminated, leaving Katilius to run the whole in-plant himself. He began upgrading equipment, adding a Riso digital duplicator, a programmable cutter and other bindery equipment. Eventually he brought in digital printers to replace the A.B. Dick — a Ricoh Pro C7100 color printer and a Ricoh Pro 8100 black-and-white printer.

“I never minded running a press, but [with] digital printing, I can do so much more, so much quicker,” he declares.

As part of a team in charge of consolidating the hospital’s many different copier maintenance contracts, Katilius played a big role in selecting a single vendor for all printing equipment at the hospital and upgrading to multifunction devices. The first contract in 2000 included 70 units. Today there are 120.

Because of his close involvement with the process and his technical expertise, Katilius has become the hospital’s de facto copier expert, and gets frequent calls to troubleshoot and fix minor maintenance problems. He doesn’t mind at all.

“It makes me happy that I can help all the other departments out,” he says.

A year and a half ago, he was made supervisor of the mail center as well. He’s taken strides to cut postage costs by helping departments better understand the USPS pricing structure so they can pay the most cost-effective rate.

After his father passed away, Katilius says he needed something to fill the void. He had always enjoyed cooking, so he enrolled in the Connecticut Culinary Institute, where he received an advanced culinary arts certificate in 2006. Inspired by the educational experience, he decided to get his bachelor’s degree as well, and started attending classes at Southern Connecticut State University in New Haven. After six years of night classes, Katilius earned his B.A. in Communications, Advertising and Promotions in 2013.

Though he looked for work in the advertising field, targeting the creative rather than the sales side, he never found what he wanted. His newly acquired creative skills, however, have proven very useful at Griffin Hospital, where he functions more as a creative consultant than a print shop manager, helping steer customers’ projects in practical directions or flesh out their unfocused ideas.

“People will come to me with a project or an event that’s coming up and they’ll want to send out an invitation or they want to add brochures or posters or whatever, and they’re just thinking of things off the top of their heads,” he explains. “I’ll scale it down to the equipment that I have in-house. I’ll either show them samples of things that I’ve done in the past, or just explain to them what I can and can’t do in-house.”

If they neglect to mention which type of paper they want, Katilius can usually just remember what was used the last time the job was ordered. He’s become a trusted and relied-upon figure at the hospital, earning the respect of even the highest-level administrators. As a result, his equipment and technology recommendations are often approved after he shows how they will save the hospital money.

One of the best additions, he says, was the 2004 installation of a 36˝ Canon imagePROGRAF iPF710 wide-format printer and scanner, which enabled him to print posters and banners in-house, saving big money.

“It changed things in the hospital,” he declares.

He also recommended a hospital-wide upgrade to Adobe Creative Cloud software so that everyone always has the same version.

Katilius is well known and well liked around the hospital.

“I’m all around the hospital every day,” he remarks. “I’ll deliver everything that I print and go and check on copiers, so I pretty much know everybody.”

That’s one reason he’s been named “Employee of the Month” at least eight times in his two-plus decades at the in-plant.

For his part, he’s glad to be able to help people out and is always looking for new ways to do so. Katilius has added a PSI digital envelope press to offer personalized envelopes to departments. He also has plans to refresh the mailroom, get a larger wide-format printer, implement web ordering software and possibly even add shredding services.

“I’m always trying to do more,” he remarks. “I’m probably most proud of the variety of services I’m able to provide people now” — all in the same 600-sq.-ft. space where he started.

His interest in technology is just as strong at home, where Katilius has set up his own home network with a media server from which he can access all of his files remotely. He’s no slouch in the kitchen either, where his culinary training still gets used on a regular basis. He also enjoys going camping in Connecticut and Massachusetts with his girlfriend Kristin in their pop-up trailer.

Three New Challenges of the New Normal
END_OF_DOCUMENT_TOKEN_TO_BE_REPLACED
Upcoming Webinars
Print Outlook: What to Expect in the Year Ahead