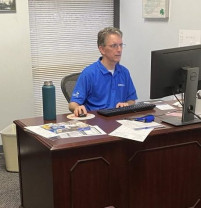 Upgrading to a modern Web-to-print (W2P) system has been eye-opening for Georgia State University PawPrints, the Atlanta university’s in-plant. Previously, the operation had been using an older system, notes Kevin Kelley, director of Print and Mail Services — a legacy piece of software that came to the shop from a consolidation of several different operations, back when most of the actual print work was being outsourced.

When the original system was put into place, he says, its main purpose was to give a what-you-see-is-what-you-get interface where those placing orders for stationery, letterhead, business cards, invitations, and similar items could see how their piece would look when it was printed. It wasn’t designed to be a print management system.

And then the university merged with Georgia Perimeter College in 2016 and brought its Clarkston, Ga., in-plant into the mix. Kelley says the university considered sticking with outsourcing, but since the Clarkston in-plant had the staff and equipment to handle the Atlanta campus print volume the decision was made to stop outsourcing and handle the printing in-house.

“I had to have a crash course in running an in-plant,” Kelley says. “I absorbed a staff that respected the knowledge I did have, but they were asked to take direction from someone who had never run a print shop. I knew about how to operate on a college campus, and [had] knowledge of the customers themselves.” 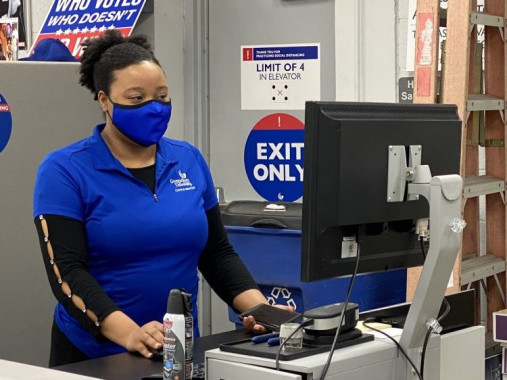 Today PawPrints’ Clarkston operation uses a Xerox Versant 3100 digital color press for its production printing, aided by a Xanté En/Press and an HP Latex 310 printer. The Atlanta retail operation runs a Xerox Versant 180 and a Xerox D110 to handle non-stationery orders from faculty, staff, students, and the public.

Because the in-plant had an online solution — even if it wasn’t a perfect fit — upgrading the W2P software wasn’t a top priority, Kelley notes; it took about two years of research before he decided to make the switch.

“I did have to convince the bosses that we needed a new solution to meet the needs of all the varied things we are doing now,” he says.

One of the biggest problems was that while the old system had allowed the in-plant to set up specific parameters for items like business cards, where the size, shape, and substrate never changed, if anyone tried to input a job that was outside of those parameters, it would be rejected, which would then require the team to manually input the job information into the system, creating a host of inefficiencies.

“We ended up spending twice as much time on non-traditional jobs,” says Kelley. “We wanted ease of use for customers.”

In addition to a better interface, he was also looking for a more streamlined back end, that would enable his staff to easily add new items and run a range of reports that would allow him to more closely track the work being done.

So Kelley started doing research, attending industry events, and even experiencing demos of various systems. There were several that he thought would work well, but ultimately the in-plant chose PrintShop Pro from edu Business Solutions. Not only was it more budget friendly than some of the other solutions, it was also in use by a number of his higher-ed in-plant peers around the country, giving him confidence that the company understood the unique challenges an in-plant faces, with solutions designed specifically for the way his shop was structured. 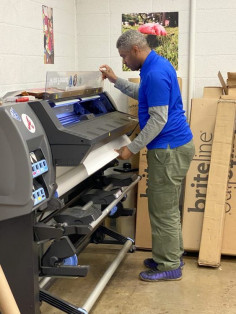 “I went to my bosses and showed them all the work I had done, and said I wanted to go with this one,” Kelley says. “It was better than what we currently had, was highly ranked by my peers, and was actually cheaper than what we were using. What bosses would say no to that?”

One of the features he has been most pleased with is the ability to put the PrintShop Pro system on the same login as the rest of the campus resources, allowing users to sign on once rather than requiring them to log in to an entirely different system just to order print. Another major upgrade was the ability to customize the portal that customers see when they visit the page, allowing Kelley to ensure it was designed with the items his campus needed the most in easy-to-find places, making it much more user friendly than the previous system.

But perhaps most importantly, he says, is the ability for customers to now submit more complex, custom orders without needing manual intervention.

“They can upload a file with a description, and it accepts it,” he reports. “We can then work out the details and send them a quote. If you click on black-and-white, for example, it takes them step-by-step through what they want, and we didn’t have that capability before.”

That is especially important since, though a small percentage of customers have enough print background to understand bleeds, paper stocks, etc., the vast majority just want to submit a job without hassle.

“If you have a button that says ‘upload printing here,’ the people who know it all won’t be insulted, but the people who don’t know what they’re doing can use it as well,” Kelley points out. “It’s a couple of clicks — you choose what you want, and it talks you through the rest.”

That said, he does note that in order to have that seamless ease of use for his customers, he did have to spend some time building the back end with information such as paper stocks, sizes, and the fees for each different type of project, to name a few parameters.

Which brings up another benefit of upgrading to a modern W2P system — the ability to generate reports. Previously, Kelley didn’t have a great way to track what materials were being used for an individual job, and pinpoint what was profitable and what was losing money. Now, he says, he can “get down to what vendor you buy paper from, how much they charge, what equipment will run it, and what the costs are on that equipment. You can really drill down, probably even further than we currently do.”

Especially in a post-COVD world, he notes, a good W2P system can make all the difference. It will make the shop much more up-to-date, and easier to operate in a world of social distancing and remote work — things that likely won’t go away any time in the near future. It also streamlines the work itself, making it much faster and easier to produce everything that comes through the door, Kelley says.

“Every file we get is a PDF, which captures all the design elements, fonts, etc. If you’re accepting files through email or FTP, you have to take their Word or PowerPoint documents or whatever, and turn that into a PDF, and the amount of time that saves is tremendous.” PrintShop Pro’s Document Converter module automatically converts files to print-ready PDFs during the ordering process.

That time adds up. Kelley’s operation serves five campuses with around 54,000 students and 5,000 faculty and staff. And PawPrints, he notes, is self-supporting, receiving no state funding to operate, which means everything from the salaries to the equipment purchased comes out of his own budget.

“If we don’t make money, we go out of business,” he says. And he doesn’t have an exclusive contract on campus either, so he has to compete for the work just like off-campus printers, which makes having a good W2P solution even more critical. To add even more complexity, the in-plant operates out of two different locations: the main production facility in Clarkston and the storefront retail operation in downtown Atlanta.

PrintShop Pro has made a real difference in how PawPrints operates, Kelley says, and has allowed it to service customers better.

“It’s been good for us,” he reports. “In our area, we have a lot of competition, and at others you’ll see a fancy Web-to-print system. This gives us value, to show customers who may go to others that we’re just as up to date as they are. We look as good as they do, which helps a lot. And it also helps our relationship with the university PR department, since they can upload, see what we have, and know we’re not an ‘old time’ business that can’t keep up.”

Even for those shops that aren’t required to be self-supporting, Kelley maintains that a W2P system can make a huge difference. He notes that many of his peers are still tracking jobs manually, in a spreadsheet or on paper. This can be time consuming and introduces the possibility of errors. It also makes it difficult to really see trends. Not so with PrintShop Pro, he says.

“In a couple of clicks I can get in, see all the job orders, click on them and see them in order, and have one screen where I can see what jobs are due, when they’re due, and even highlight the ones that are past due,” he lists.

“Inventory has been a tremendous thing for us as well,” Kelley continues. For some jobs, like envelopes, the in-plant will produce a large run up front, store it, and then use that supply to fulfill smaller orders, such as when Admissions requests 1,000 one week, 800 the next, etc. Having a central inventory where both the customer and the in-plant can keep track of exact inventory numbers has been a big benefit, he says.

For those considering making the switch to a W2P solution, Kelley does caution that it will take longer to implement than they might think.

“Even though I thought I knew how long it would take,” he says, “it took a lot of work on the front end. But once we built it the right way, to the maximum capability it can provide, it is well worth it. The faster you get it done, the better your experience will be.”

Top 6 Things to Automate for a Profitable In-plant