Workflow Efficiency in the In-plant

Automation can save your in-plant considerable time and money, and during the In-plant Forum, Mike Griswold, Printing and Graphics Lead at Tacoma Public Schools, in Washington, traced his in-plant’s path toward greater workflow automation. (Watch the full session here.) The five-employee shop started with Web-to-print, adding WebCRD from Rochester Software Associates in 2013. That, he said, was a “real game changer for us.” 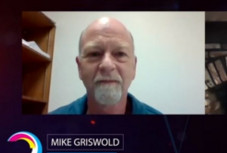 “The ability to send hundred or more jobs to the printer with a couple clicks is invaluable,” he said. “This lets us send tons of small jobs with ease.”

The in-plant subsequently added additional RSA automation tools, like QDirect output management software, QDirect.SCAN for hardcopy job submission, and ReadyPrint Pro to automate frequent prepress tasks. Automation has allowed the in-plant to take on additional work while significantly cutting costs by decreasing how many times staff has to manually touch each job.

“Even if I only value the touches at $5 per touch, we’re still saving big time and money,” he said. On the 12,617 jobs the in-plant did last year, saving three touches per job comes out to a savings of about $189,000 due to automation.

This automation helped the in-plant handle a surge in demand for curriculum packets when COVID-19 hit back in March. The shop was open 12 hours day, seven days a week for the first 3 weeks. By the end of May it had produced 10 million impressions in two months; by comparison, last year the in-plant printed 15 million impressions over the entire year.

The In-plant Forum continued with panels, presentations and product demos. Click the links below to read about some of the other sessions.