Until the early 2000s, Tacoma Public Schools used a homegrown print management system in its Printing and Graphics department. It was a laborious process.

“It was awful, long, and often there were delays in getting the approval,” explains Mike Griswold, Printing and Graphics lead. “Plus, the delay in having the job shipped here would end up taking three to five days, which really [was bad] for the customers because they couldn’t plan ahead.”

Previously, in order to complete a job, customers  had to submit three-part carbonless forms for every job. Two copies were sent for budget approval, which took up to a week, and one copy was sent to the print shop to be manually entered into the job system. Manual entry took an average of two hours per day. 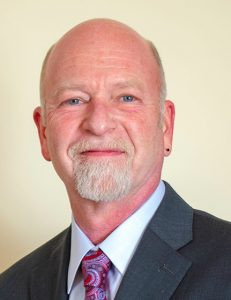 “Everybody loved to hate that form,” reflects Griswold.

Completed jobs were shipped out with one copy of the job order while another was reviewed to make corrections to pricing. This took another two hours per day. At the end of the month, the shop printed statements for each school and department. This took an additional eight to 12 hours each month.

Since the print shop sees its role as being an indispensable partner and leader in managing copy and print solutions, it knew it needed to change its inefficient system. In 2012, the in-plant began researching Web-to-print solutions with three clear goals in mind:

After a brief experiment with Webwave by Vos, which went out of business, the in-plant chose WebCRD with the SurePDF print driver from Rochester Software Associates in June 2011 and went live in March 2013. The most immediate benefits of leaving hard copy input behind were faster approvals, easier reorders, catalogs and a PDF workflow. Receiving orders from a single source greatly simplified the job onboarding process.

“In 2016, we measured a price savings of roughly 50% with our in-plant compared to outside vendors,” testifies Griswold. “That’s not even counting WebCRD’s added value of easier use, faster turnaround and higher quality output.”

Located about 40 minutes south of Seattle, Tacoma Public Schools Printing and Graphics employs three full-time and two part-time employees, serving the district’s 30,000 students plus 5,600 staff at 56 schools and learning sites. The shop runs a Xerox Versant 80 Press plus some 200-ppm black-and-white Océ VarioPrint 6200 Ultra+ printers. A Xanté Impressia prints envelopes in the mail room, which also includes a folder/inserter and a pressure sealer.

In 2017, the in-plant, which is located in the district’s central administration building, upgraded its WebCRD software and added RSA’s QDirect production print output management software; QDirect.SCAN, an application that streamlines the process for sending hardcopy originals to the in-plant for centralized production; CentralPDF, for PDF conversion of native documents; and ReadyPrint Pro, a universal prepress tool, which sends fully ticketed jobs to production printers regardless of brand. The shop also began using more WebCRD AutoFlow rules to move select jobs directly into production.

“Since we started working with WebCRD, we’ve gone from 500 to 700 jobs per month without adding staff,” says Griswold. “Moving from the old carbonless-based workflow, we’ve saved 1,100 hours a year, or $44,000 annually in labor. Then there are the improvements for our customers. In the past, our minimum turnaround would be three days unless orders were hand-carried in and picked up. Web submission immediately took a day off turnaround.”

“Our RSA rep helped us add files for our reporting that provide a graphical display of cost savings and reduced touchpoints,” says Griswold. “We use the reports to show improvements to management and track our own growth internally.”

These reports have helped the in-plant justify its existence.

“I was able to present a good case as [to] what we are doing, by the virtue of these reports,” says Griswold. “We are dodging a few bullets in terms of the cuts that are made in the staff. They took away some money so we might not be able to do any capital equipment purchases this next year. But we feel lucky that we got by.”

Now, the shop prints 19-20 million impressions each year for faculty, staff and PTA members, producing booklets, handbooks, business cards, envelopes, letterhead, posters, wide-format and classroom materials. This year, the big boost was from the curriculum administration department, which did about five million impressions of math books.

The shop continuously adds efficiency to its process. Taking full advantage of WebCRD’s rules-based automation engine, AutoFlow, to reduce touchpoints, the print shop began adding AutoFlow rules in 2018 and continues to add more. Using WebCRD’s Production and Automation dashboard reports, the shop can see that it has gone from eight manual touches per job to four and a half in 13 months. Reduced touches will save the district as much as $50,000 per year (based on $1/touch), or about $94,000 in combined savings. This gives staff more time to spend on other jobs.

“It increased our productivity and efficiency, which allowed us to do more work,” says Griswold. “We probably couldn’t have done the math curriculum that we added in this year if we hadn’t had more time to work with it, as it involved more coil.”

A budget crisis has caused the district to look more closely at cutting copier program budgets by 10%.

“We want to help the district close a significant budget shortfall by getting more jobs to our centralized print center,” says Griswold. “There is a lot of potential for savings.”

Tacoma Public Schools’ marketing campaign announcing the launch of WebCRD won an RSA award. Staff executed the campaign in person and online through webinars, FAQs and videos that provided step-by-step instructions to users. The shop also put out monthly reports to principals, created ads, sent emails, and printed flyers and notices that were included with jobs.

“We threw everything at the wall to see if it sticks,” says Griswold. “Our website is a big part of the marketing campaign. That is probably where we have the most information.”

Today, the print shop staff continues to use all these methods to provide education and raise awareness of their newest capabilities.