Xerox announced it has provided notice to HP Inc. that it intends to nominate 11 independent candidates to replace HP’s Board of Directors at HP’s 2020 Annual Meeting of Stockholders. 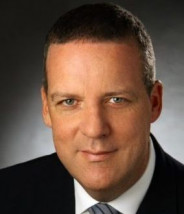 The slate to be nominated includes former senior executives from dozens of the world’s leading companies, including Aetna, United Airlines, Hilton Hotels, Novartis, Verizon, and more. The candidates were chosen because of their expertise overseeing and executing significant company transformations and combinations, with demonstrated track records of creating value for shareholders.

“HP shareholders have told us they believe our acquisition proposal will bring tremendous value, which is why we lined up $24 billion in binding financing commitments and a slate of highly qualified director candidates,” said John Visentin, vice chairman and chief executive officer of Xerox. “We believe HP shareholders will be better served by a new slate of independent directors who understand the challenges of operating a global enterprise and appreciate the value that can be created by realizing the synergies of a combination with Xerox.”

HP Response: In response to the nominations, HP said, "These nominations are a self-serving tactic by Xerox to advance its proposal, which significantly undervalues HP and creates meaningful risk to the detriment of HP shareholders."

Related story: As Xerox and HP Wrangle, How Are In-plants Reacting?

Xerox Secures $24B in Financing Commitments for Proposed HP Acquisition