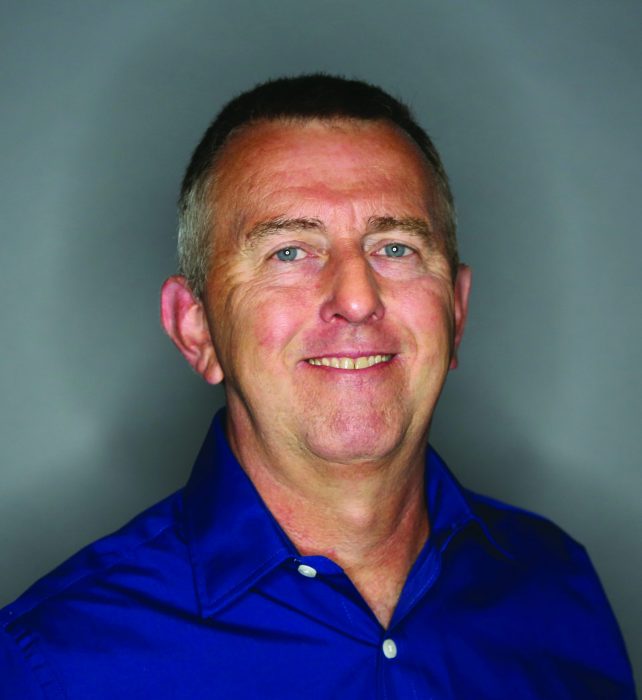 E F T Bob Neubauer Visit Author's Page Bob has served as editor of In-plant Impressions since October of 1994. Prior to that he served for three years as managing editor of Printing Impressions, a commercial printing publication. Mr. Neubauer is very active in the U.S. in-plant industry. He attends all the major in-plant conferences and has visited nearly 170 in-plant operations around the world. He has given presentations to numerous in-plant groups in the U.S., Canada and Australia, including the Association of College and University Printers and the In-plant Printing and Mailing Association. He also coordinates the annual In-Print contest, cosponsored by IPMA and In-plant Impressions.

"I learned how to run the Ludlows and then offset," says Rodney Brown, referring to a stint working on a Ludlow hot metal typesetting system at Kent County Publishing back in May 1965. "It was rigorous to do. I just liked it. Even back then, there was always something new."

IT STARTED in the parking lot. As he stepped out of his car one day, Greg Cooper, print shop manager for the city of Baltimore's Digital Document Division, happened to run into the city's IT director. They started talking about the checks and bills that IT was printing for the city on its Xerox 92C printers. Cooper told him, flat out, that his in-plant was better positioned to handle this work than IT, whose main focus was supposed to be computers and data.

END_OF_DOCUMENT_TOKEN_TO_BE_REPLACED
Subscribe
COVID-19 on In-plant Impressions
Reopening Of America: What Will This Look Like For Businesses Across The US