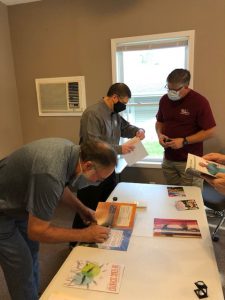 After being forced to cancel the judging of the In-Print® 2020 contest back in March 2020 due to the coronavirus outbreak, In-plant Impressions and the In-plant Printing and Mailing Association (IPMA) brought together four in-plant managers on Sept. 23 to finally judge the contest – using a much different set of procedures than usual. After a full day of judging, they selected 64 Gold, Silver, and Bronze winners, plus four additional Judges’ Recognition Award winners.

Judges met inside IPMA headquarters, in Kearney, Mo., wearing face masks and keeping their distance as they examined the 351 entries in the contest. Those pieces, submitted back in January, have been sitting on shelves for eight months, awaiting judging.

The four judges who were willing to drive to Kearney and spend their day at this task, despite the risks, were: 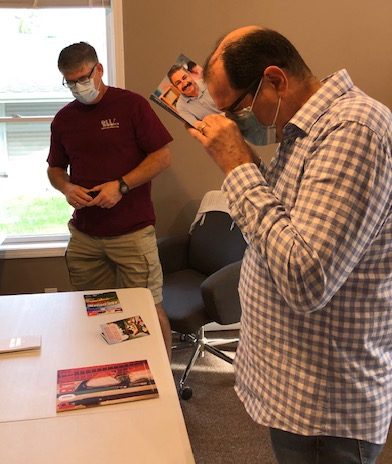 In-Print, the only printing contest exclusively for in-plants, is jointly sponsored by In-plant Impressions and the In-plant Printing and Mailing Association (IPMA). 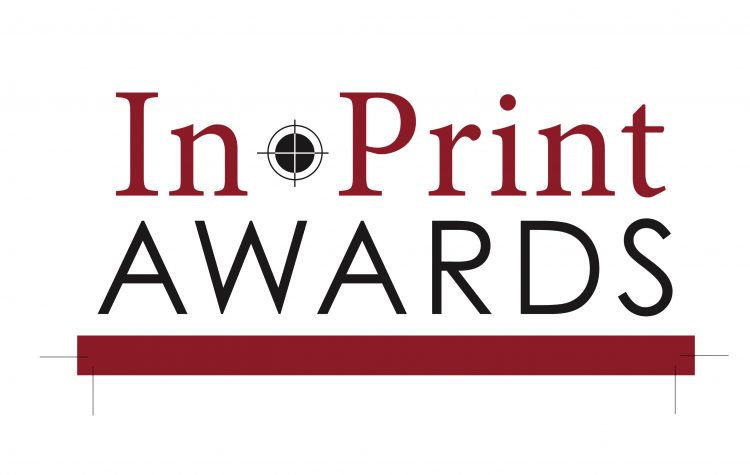 On June 3, 2019, in-plants from around the country gathered at the IPMA conference in Louisville, Ky., to congratulate the 73 winners of In-Print® 2019, the only printing contest exclusively for in-house printing operations. For more than 30 years, In-Print has been co-sponsored by the In-plant Printing and Mailing Association and In-plant Impressions. 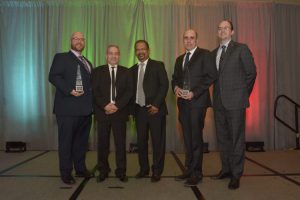 Representatives from The World Bank Group’s Printing & Multimedia Services operation (left) and The Church of Scientology International’s Dissemination & Distribution Center show off their Best of Show awards during IPMA 2019 in Louisville, Ky.

After a wonderful reception and dinner, the In-Print awards were presented. Then the winners of the Best of Show awards (one for offset, one for digital) were revealed. Those winners were selected in March during In-Print 2019 judging, when all of the Gold winners were laid out on a table and the judges discussed their merits. They eventually narrowed it down to the top five before voting on one offset and one non-offset piece that topped them all. 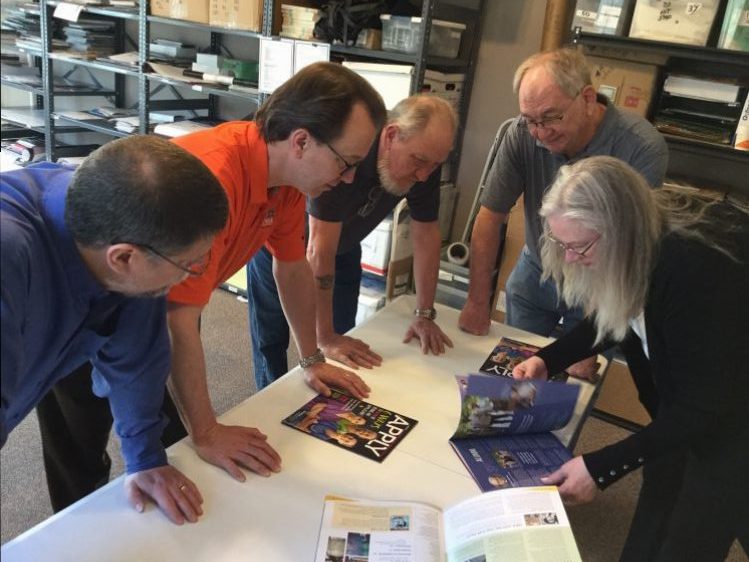 Scenes from the judging of the In-Print 2019 contest.

In-Print® is the only printing contest exclusively for in-house printing operations. For more than 30 years, it has been co-sponsored by the In-plant Printing and Mailing Association and In-plant Impressions. To pick the winners each year, judges consider the degree of difficulty required to print a job, and often consult the entry forms to see which equipment was used. (i.e. A four-color job printed on a single-color press might outweigh a similar job printed on a four-color press.) On the other hand, some jobs with excellent printing, failed to win prizes due to poor stitching.

For a glimpse of what the judging is like watch this video: 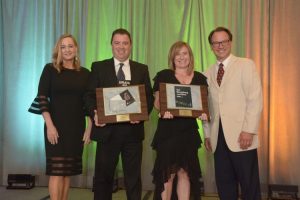 Over the years, the judges have provided a number of helpful tips on what makes a winning entry. One thing the judges love to scrutinize is the folds on entries to make sure both halves of the sheet line up perfectly. They often eliminate entries that are cracked along the folds because they were either folded against the grain or folded without first being scored. This is the most common reason pieces are eliminated. Also, many entries were eliminated in the past because poor quality copies were submitted, when better copies almost certainly existed.

Here are some other reasons that entries were thrown out. Did you have any of these problems with your entries?

On the entries in our non-offset categories, here are some of the problems judges encountered: 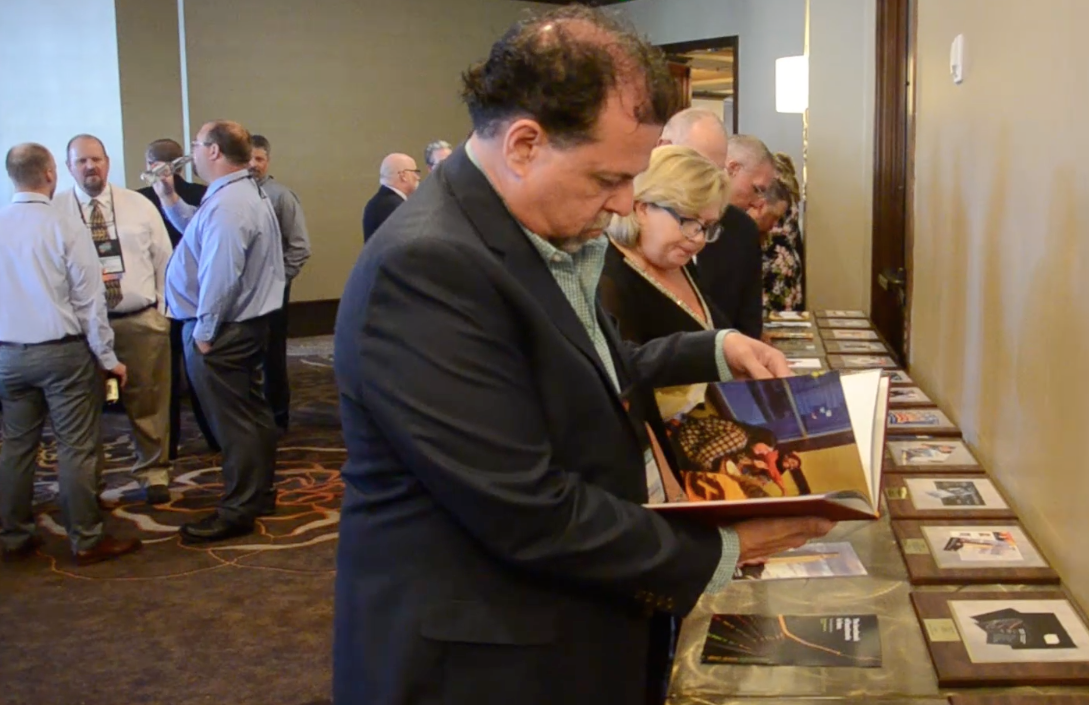 One more tip: Pieces that include a number of different parts (e.g. a direct mail package filled with loose pages, or stationery submitted with a business card and envelope) have not fared well in the past. You increase the chance that the judges will find an error. It’s best to enter the single piece of which you are most proud.

For example: One in-plant entered a direct mail package filled with loose pages, some of which had enough blemishes to disqualify the whole entry. But if the pocket folder had been submitted by itself, the judges agreed, it would certainly have won in the folder category. So pick your categories wisely. And simplify.

Often, many in-plants enter the contest right at the deadline. As a result, they don’t properly inspect their entries and submit the best copies. This has cost several in-plants prizes, since if they had only sent a copy with better folds and crossovers, they would have won. Instead they were eliminated. Many items have been tossed out for infractions as small as a missing dot in the middle of a solid, or cracking on a fold that hadn’t been scored. 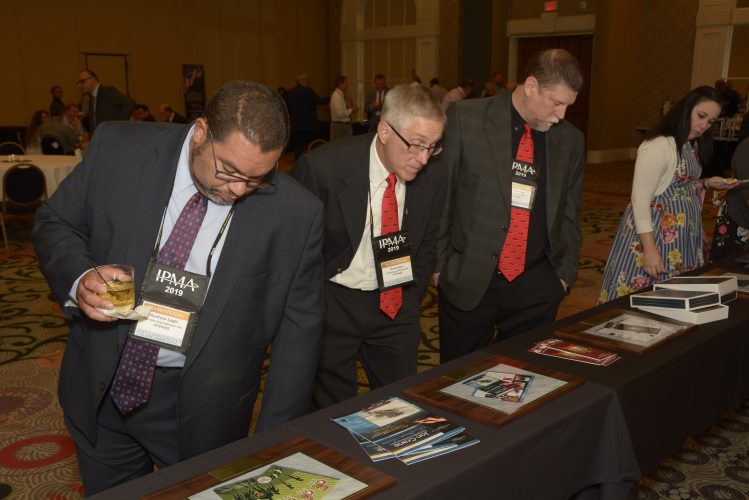 You should examine all four copies of your entries in detail–don’t just grab any four from the top of the shelf. Look at the folds and registration. Are they perfect? Are there any visible hickeys? Look carefully, because if you don’t take the time to scrutinize your entries, be assured, our judges will.

The best advice is to get your press operators involved. Show them the entry form when it first appears each November. Get them interested in saving flawless samples–and put them aside far in advance of the deadline.

Also, and this is extremely important, when filling out the entry form, please check the correct category. A brochure is not a folder. Don’t put offset pieces in the digital category, or mistakenly enter a category for small shops if yours is a large shop. When judging day comes and the judges see your piece in the wrong category, it may be disqualified — especially if they have already judged the correct category.

Here’s a list of Best of Show winners through the years. (Since 2010, we have awarded a Best of Show for offset-printed pieces and another for those printed using non-offset processes.)

The INg Conference Showed How Nothing Beats Face-to-Face Meetings
END_OF_DOCUMENT_TOKEN_TO_BE_REPLACED
Upcoming Webinars
The “Rolling 20s” Are Here: Are You Ready?