Andrew Sherman to Retire From GPO After 38 Years of Service 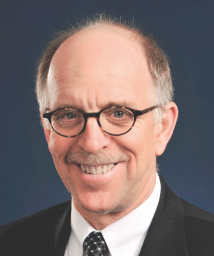 “It’s been a real privilege to work at the agency whose mission is Keeping America Informed,” said Sherman. “In my view there is no finer group of men and women in the Federal Government than those employed at the GPO, where their expertise, dedication, and willingness to advance technology change in serving Congress, Federal agencies, and the American public is unmatched.  I’m proud to have worked with them and wish them all the best.”

Sherman has served under nine heads of the GPO during his career. He joined the agency in 1980 as a budget analyst. In 1985 he began working as a staff assistant reporting to the Office of the Director (formerly the Office of the Public Printer), gaining extensive experience with the agency’s budget, appropriations, legislation, strategic planning, and congressional and public affairs operations. 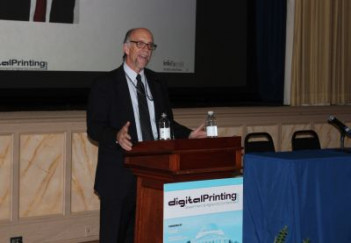 Andrew Sherman speaking at one of IPG's in-plant conferences held at GPO.

Throughout his career Sherman was directly involved in GPO’s transformation from a print-centric to a digital-centric agency as a major participant in congressionally-sponsored studies of GPO by the Office of Technology Assessment and the National Academy of Public Administration; in legislation to authorize digital operations at the GPO, convert GPO’s Congressional Record Indexers to the Civil Service, change GPO’s name to the Government Publishing Office, and provide appropriations to the GPO; and in reshaping GPO’s operations and staff to reduce costs and expand digital operations.

For more than 20 years Sherman was the GPO’s principal liaison to the congressional Joint Committee on Printing, which oversees GPO, gaining the Committee’s approval for GPO’s annual spending plans and other investments, as well as for the wage agreements signed by GPO’s management and unions for GPO’s employees.  For more than 30 years he authored GPO’s Annual Reports to Congress.

He worked directly on confirmation proceedings for four Public Printers, coordinating between the White House and the Senate Committee on Rules and Administration.  Sherman played a significant role in making space within GPO’s buildings available to other agencies; two current projects involve the development of archival space within the GPO to house the congressional legislative archives of the National Archives and Records Administration, and to house the National Library Service for the Blind and Physically Handicapped for the Library of Congress. With GPO Historian George Barnum he contributed to the writing of an official history of the GPO, Keeping America Informed, published in 2011 and revised in 2016, as well as Picturing the Big Shop, a book of over 200 of GPO’s historical photographs, released in 2016. Sherman also participated in the revision and issuance of three editions of GPO’s popular Style Manual, for 2000, 2008, and 2016.

Sherman is a past recipient of the Public Printer’s Meritorious and Distinguished Service awards. From 1986 to 2011, he served as GPO’s representative to the National Government Publishing Association, an organization of state and other printing and publishing organizations, where successively he held the offices of Eastern regional director, treasurer, and president.

Sherman holds a B.A. and an M.A. in Government from The University of Virginia. Prior to joining the GPO he was a graduate teaching assistant in American history at Old Dominion University.

Related story: Changing of the Guard at GPO

Why Don’t I Get the Magazine Any More?

The Top Industry Trends for 2021

Print in the Eye of the Buyer

How Will Printing Change for In-plants After COVID-19?
Comments
COVID-19 Resource Channel