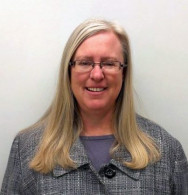 Barbara S. Childers wasn’t planning on becoming a printer. But in her junior year of pursuing a journalism degree, she discovered something crucial about herself: she hated interviewing people.

“It was sort of like I was a psychology major and discovered that I didn’t really like experiments or counseling,” Childers jokes.

Long before becoming director of Document Services at the University of Illinois, Urbana-Champaign, Childers began her career in the printing industry with a federal work study position at that very same university. As an editorial assistant to one of the campus communicators, she focused on editing, word processing, and proofreading.

“The student job as an editorial assistant led me to becoming a proofreader for educational software,” she explains. Prior to the advent of desktop publishing, Childers’ also learned how to typeset on dedicated typesetting systems.

Upon graduation, job scarcity was prominent in her central Illinois college town, so she decided to pursue a master’s degree in education while doing freelance proofreading for the University of Illinois. Upon completion of her degree, the university offered her a junior proofreading position.

“I had a fabulous boss who offered me five more positions over the next decade, and I just always took the next step,” Childers says. “I’ve been a supervisor of copy centers. I was the copyright coordinator and packet coordinator for the printing department.”

After countless promotions, Childers was overseeing the IT and business offices when she decided to apply for the director of Document Services position in 2005. She got the job..

Childers has now been at the university, both as a student and an employee, for a total of 38 years. “I was just coming here to finish my bachelor’s, and then I was leaving,” she confesses. “And then I married a guy from town.

She and Bill Childers were married in 1985.

At its peak, the in-plant was massive. In the early 2000s it boasted 95 employees and nine campus print centers, one of which housed a six-color offset press. But as volumes declined, Childers found herself facing a devastating turn of events in 2010. Following a fiscal and functional review, the university’s Facilities and Services department, the in-plant’s administrative group, decided to shut down the on-campus printing facility.

“We spent a year selling equipment and laying off staff,” Childers recounts. “Then I developed a plan that would allow some of the printing to continue forward.”

Barb Childers and Liz Bowden of the University of Illinois at Urbana Champaign show off their in-plant's Impact WOW+ Service award.

That plan involved eliminating underutilized services, such as letterpress printing and some bindery functions, auctioning off larger equipment, and reducing staff. In late 2011, the parent organization approved the plan, and the printing department got the OK to stay open.

In June 2018, Document Services celebrated 100 of years of service to the University of Illinois. Last year, the in-plant was honored with the Impact WOW+ award from the Association of College and University Printers for its significant institutional contributions.

At the moment, the most pressing concern and unexpected obstacle faced by the in-plant has been the COVID-19 pandemic. With on-campus classes cancelled for the remainder of the semester, the in-plant has seen a significant reduction in workload.

“There will be essentially no revenue in April, May, or June, but we’ll still have 75% of our costs with leases and payrolls,” Childers explains. “So, we’re going to dig a little bit of a hole here at the end of this fiscal year, and then we’re going to have to work our way out of it.”

But beyond the fiscal setback, Childers finds the bigger challenge to be keeping morale high for her staff, some of whom she’s worked with for 30 years.

“I’ve promoted the idea that we’re one entity and that we all need to move forward together, and I try really hard to keep them informed of things going on beyond the department that can affect what we do,” she says. “We’ve been shut down since March 23, and I’ve sent a couple of emails to the entire group explaining where we are, and what the administration is saying.”

When it comes to looking toward the future, Childers believes it’s hard to predict anything due to the current state of the world. But she’s certain that the department will be fully functional and operating fine in the coming years.

“I don’t want to jinx us, but we’re in relatively good shape,” she reveals. “We’ve been updating equipment for the past five years, and if we have to slow down on equipment purchases for a year while we recover, I think everything should be fine. We have a very loyal customer base, and they’re going to need us when they come back to campus and try to figure out how to communicate with students about how things will work post virus.”

Even with the COVID-19 setback, Childers has several new projects she’s hoping to tackle, and she’s not letting the virus hold her back.

“I want to pull the trigger on getting some stitcher or gluing systems so that we can do pole banners,” she says. “We have a tremendous wide-format business, and we can print on banner material. We’ve been looking at a variety of stitchers and sewing machines, so we’ll probably go ahead with that because, as campus comes back, that’ll be the ideal time to say, ‘Hey, the banners that have been up all spring and summer look kind of raggedy; it’s time for some new ones.’”

When it comes to planning her own future, Childers has many hobbies she’d like to focus on, including gardening and reading. She’s hoping to travel to every state in the U.S. and take a train trip through Canada. But, of everything she’s planning, she’s most interested in relaxing.

“In the movie ‘Office Space’, the lead character has this dream of doing nothing. That’s what I say I’m going to do,” she declares, wryly. “That’s probably not true; there are endless volunteer opportunities. But I just want to do things I like. Otherwise, I’m just going to be a bum.”

Not Dead Yet: In-plant Revived Months from Termination