Big Winners in the In-Print 2018 Contest

By the time the In-Print 2018 contest judging had wrapped up Monday evening, it was clear that one in-plant had dominated the competition. The University of Texas at Austin came away with more total awards than any other participant, as well as the most Gold awards in this year's contest. UT-Austin Document Solutions won eight awards in all, including four Golds, in both the offset and non-offset categories. 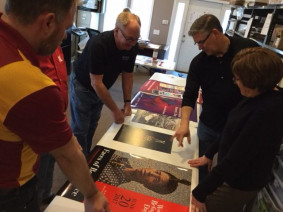 The Texas in-plant was one of many standouts in the competition, a partnership between IPG and the In-plant Printing and Mailing Association (IPMA). Overall there were 442 entries this year, and the five judges took 10 hours to inspect each of them. Judging took place in IPMA's Kearney, Mo., headquarters.

In all, there were 73 Gold, Silver and Bronze award winners, along with six winners of Judges Choice awards. Two in-plants won seven total awards, The World Bank Group and the University of Oklahoma. Two of the World Bank's awards were Golds as was one of OU's. 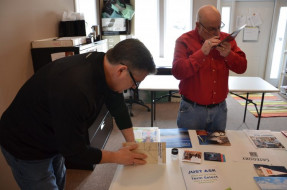 Among those in-plants that won three awards was the DFW International Airport, a first-time entrant. Joining it were the University of Minnesota, Oregon State University and Excellus BCBS. 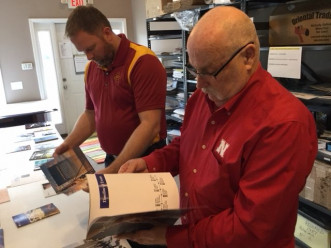 Three New Challenges of the New Normal
END_OF_DOCUMENT_TOKEN_TO_BE_REPLACED
Upcoming Webinars
Print Outlook: What to Expect in the Year Ahead