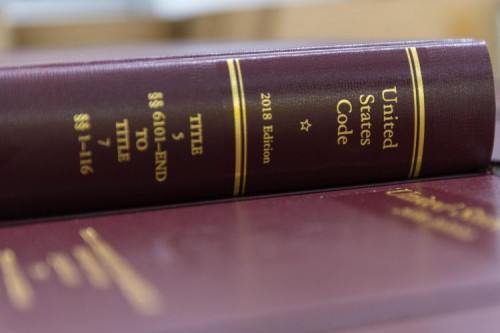 U.S. Government Publishing Office (GPO) has taken a major step forward in the modernization of its publishing systems by beginning to publish the 2018 main edition of the United States Code through XPub, the agency’s new digital technology for XML-based publishing. With the implementation of XPub, GPO will be able to simultaneously publish all legislative documents in a variety of print and digital formats in a timelier manner. The 2018 main edition of the U.S. Code is the first, large-scale production job that it has published using the new composition system.

“XPub is reinventing GPO’s production process,” said GPO Acting Deputy Director John Crawford. “The new system will allow GPO to complete work for Congress and the American people with remarkable efficiency and accuracy. I congratulate everyone who is working to develop this system that will carry GPO into the future.”

The XPub system will replace GPO’s more than 30-year-old MicroComp system. The office plans to transition the production of all routine publications, including the Congressional Record, the Federal Register, Public Laws, Congressional Bills, Statutes at Large, and House and Senate Calendars, to the XPub system. XPub will allow customers to provide GPO with content in any format. The system will also be able to do the following:

The U.S. Code is a consolidation and codification by subject matter of the general and permanent laws of the United States and is produced in a main edition every six years. The 2018 main edition is approximately 60,000 pages encompassing 54 volumes and is prepared by the Office of the Law Revision Counsel. Through XPub, GPO plans to complete the publishing of the 2018 main edition in less than a year – a process that has historically taken 1.5 years.