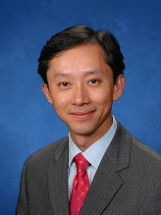 OKI Data Americas, a world-class printing technology leader, announced that it has named Sergio Horikawa as president and CEO effective April 1, 2020. In his new position, Mr. Horikawa will be responsible for all aspects of the ODA Group.

“It is an honor to become president and CEO of this company full of talented and dedicated people. Obviously, there are challenges ahead. I feel confident that the people at OKI Data Americas will rise to these challenges with vigor and determination,” said Horikawa.

Most recently, Horikawa was deputy president of OKI Data Americas, Inc., where he was responsible for North American sales and marketing in addition to the Latin American operations including sales, marketing, finance, legal, human resources, systems and services.

Before coming to ODA headquarters, five years ago, Horikawa served as VP of Latin America and has now been with the ODA Group for 21 years.

Prior to joining OKI Data Americas, Horikawa held management positions in marketing and sales at Hewlett-Packard, Philips Electronics, Apple Computer and IBM. He has an engineering degree in Aeronautics from Instituto Tecnólogico de Aeronáutica, a degree in Electronics from Escola Técnica Federal de São Paulo and a business administration degree from Fundacão Getúlio Vargas - São Paulo.

Data is Critical to Your In-plant’s Survival