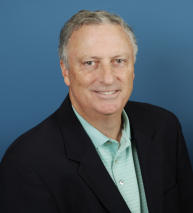 Just months after his retirement as Senior Vice President of Rochester Software Associates (RSA), Tim Kelly passed away on Saturday, Feb. 15. As a 25-year member of RSA’s senior management team, Mr. Kelly was a leader whose vision, passion for excellence and integrity greatly contributed to RSA’s success.

“Tim and I worked closely over the last 25 years,” says Robert Baden, RSA’s founder and president. “He was an astute executive who was respected and admired. Tim was smart, gracious and a consummate professional. We will miss him and benefit from his long-term impact on RSA.”

Mr. Kelly interacted with the in-plant community by speaking in IPI webinars and at in-plant luncheons hosted by IPI during trade shows.

His obituary in the Democrat & Chronicle notes that Mr. Kelly was a longtime resident of Chicago where he hosted one of the city’s best St. Patrick's Day parties. He was an avid skier and golfer who had a special connection to his home course, Oak Hill Country Club, in Rochester. He was a dedicated husband, loving father, and a tremendous friend who always had time for others.

Donations in Tim’s memory may be made to Huntington's Disease Society (HDSA) or Gilda's Club of Rochester.