The Pros and Cons of Web-to-Print

The advantages of Web-to-print are significant — but so are the challenges.

While the advantages are significant, there are challenges as well. In this article we will discuss both and outline a strategy to help avoid the typical stumbling blocks.

The benefits of Web-to-print are undeniable. Customers appreciate ordering any time of day or night. They love the convenience of ordering online and from mobile devices, and appreciate the automatic responses informing them that files were received and products were shipped.

In-plants report increasing sales from Web-to-print too. During my tenure with NAPL (now part of IdeaAlliance), I worked on the study, “Web-to-print: The Promise, the Potential and the Reality,” and found that 58% of respondents reported sales increases and 55% reported that profitability increased after investing in Web-to-print.

For service providers, Web-to-print can automate manual steps in the process such as estimating, design, job ticketing, prepress and billing. For customers, it can enhance their experience. The gold standard for online ordering is Amazon.com, which allows ordering at anytime, and provides greater feedback including emails when the job ships, with tracking information. As a former manager of a 24-hour Kinko’s, I can tell you that you’d be surprised to see how many customers come in at strange hours.

The ability to offer online estimates also improves the customer experience. Many print providers don’t realize that waiting for estimates is a common complaint from customers. For over a decade, we have used surveys with assessments of in-plants, and we consistently hear complaints about waiting for estimates. Truth be told, Web-to-print software does not create true estimates, but instead uses standardized pricing from a price sheet.

There is a feature that eliminates designers’ time to customize standardized products such as business cards, letterhead and envelopes. Often referred to as a template-based feature, it provides customers with templates of standardized products such as business cards that allows them to fill in their information and automatically see a PDF proof, which they can approve immediately. This also increases the value of the in-plant because it provides greater compliance of brand consistency for the parent organization.

Billing customers is another feature offered by Web-to-print solutions. Most allow customers to buy with credit cards or “P Cards” (purchase cards). For those in-plants that want to automatically bill customers through the parent company’s billing system, customized programming may be required for the two systems to send information.

The Challenge of Web-to-Print

The NAPL study “Web-to-print: The Promise, the Potential and the Reality,” found 58% said that less than 5% of their customers were using it, 51% reported the clients were using only a limited number of features, and 22% reported integration and implementation issues.

In the Workflow Investment Survey, we divided the respondents into leaders and laggards, and we discovered that 65% of leaders reported that Web-to-print was their most worthwhile investment as opposed to 18% of the laggards. Since the same technology is available to everyone, the obvious question is, what do the leaders do better than the laggards that results in their overwhelming success? 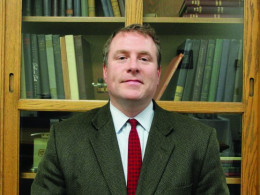 Kelly Hogg, the director of Printing and Copying Services at the University of Virginia, acquired a Web-to-print solution in 2008 along with a hardware purchase. At the time of purchase, there was an IT employee on staff who started the implementation, but shortly after that he quit. Then another person with IT experience was tasked with the project from a satellite facility. That person worked on the project for a short time and then also left. Over the years, the vendor and other staff tried to get it working but were unsuccessful and the software sat unused until another hardware vendor agreed to pick up the maintenance contract.

According to Hogg, “I am optimistic now. We have about 95% of the work done and expect to be able to start beta testing in about a month.” When asked what he would do differently, Hogg said, “You need to have people dedicated to get this up and running. You need to have an internal champion and the motivated vendor. Having a vendor or an internal person work just a few hours a week doesn’t cut it. If I had to do this again, knowing what I know now, I would negotiate with the vendor to include a ‘Go Live’ date and milestones in the contract. If those were missed for any reason we should be able to request a refund.” 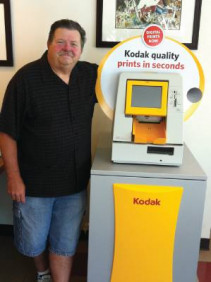 Rocky Reynolds, supervisor of Reprographics/Mail at Citrus College, in Glendora, Calif., has worked through the challenges and ultimately reaped the benefits. Reynolds’ first attempt with Web-to-print was in 2002, but he struggled to get a PDF print driver to work. The second attempt was in 2006 when a new system was purchased, which also failed. The manufacturer agreed to refund the investment in the solution and recommended WebCRD from Rochester Software Associates.

Reynolds decided to involve his top 25 customers, including his most demanding users. He explained what he was trying to accomplish and got their feedback. During the next 11 months, he worked with these customers in a beta test in which he requested feedback and addressed their requests. Although requesting feedback from your toughest clients is challenging, the results more than pay for themselves as the biggest critics became the biggest fans of the in-plant.

As the beta testing ended, they promoted the new service with postcards that were included in print orders and mailed to all customers. The themes were “It’s coming,” and “It’s almost here.” The third was, “It’s here.” To help customers understand how to use the system, they created a brochure and a floor banner with the same graphic used in the brochure. Today, 80% of the jobs come in through the Web-to-print portal, and work has increased 17%.

The advantages of Web-to-print are undeniable. Customers appreciate that they can order at their convenience and monitor the progress more closely. As evidenced by Amazon and eBay, a fast, friendly and easy Web-to-print solution can improve your customers’ experience.

Another advantage is that in-plants can streamline production in design, estimating, customer service, prepress and billing. And lastly, the percentage of work over the Web portal is predicted to grow. According to Barb Pellow from InfoTrends, “Over one-third of printing is currently being purchased via the Web. By the end of 2017, this value is projected to approach 43%.”

Related story: We Don't Need No Stinking Evaluation, Our Customers Love Us!