As deputy director of Kansas’ state printing operation, Cheryl Buxton has worked hard to save the state money, bring in new work and improve the work environment.

Don’t mess with Cheryl Buxton. At 62, this “old lady who doesn’t feel like an old lady” can renovate a kitchen, build a Goodyear tire and even sell guns — sort of. 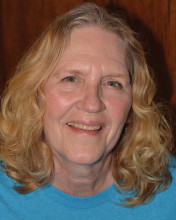 As the deputy director of print, mail and surplus property for the State of Kansas’ Department of Administration in Topeka, Kan., Buxton manages the day-to-day operations of the state printer, oversees the mail room and reallocates any unwanted state or federal property — such as refrigerators, office equipment, tools and, yes, even military weapons — to other state agencies.

“We also operate a retail environment,” she explains. “Most of our state surplus is sold to the public. But the public can’t shop on the federal side.”

When the U.S. Navy Band buys new musical instruments, for instance, Buxton is responsible for seeing that the old trumpets, drums and other music-makers get redistributed to high schools across the state of Kansas.

Buxton started at the state in 2003 as a business analyst. Ironically, her first task was to put out an RFP (request for proposal) to outsource the state printing operation. The response from private printers was that they wanted to cherry pick what work they took, and that was not in the best interest of the state, she explains. So they decided not to outsource.

Shortly thereafter, the director of the Division of Printing retired and his position opened up. Buxton remembers reading the description on the last day of the posting and thinking, “I can do this.”

“So I applied, not knowing squat about printing, absolutely nothing. And I got the job,” she says.

Buxton’s 25 years of management experience in the financial services industry proved her merit. In addition, she had spent time after college at Goodyear building tires, a job she said prepared her well for working in a male-dominated, union environment.

Today, she manages a team of 50 employees (28 in printing, 14 in mail and eight in surplus) and a printing budget of nearly $3.5 million.

During the first year, she was challenged to knock down walls. The production workers are part of the printers union, while the office staff is non-union.

“So I’ve got two different dynamics going on here, and they wouldn’t cross into each other’s departments,” she explains.

Investing in equipment and training helped earn her respect. And she also worked hard to win back work that had previously been lost.

For example, since the beginning of time, the state printer has produced the state maps. But before Buxton was hired, the job had been given to a private printer on the East Coast. When a quality issue was raised, Buxton saw an opportunity to approach the state about bringing that job back in-house.

“They decided to give us another chance, and we’ve been printing the maps ever since,” she declares.

On the other hand, as is true throughout the industry, many other printed items are either minimized or no longer being printed because the content has gone online. Tax forms and driver’s license handbooks are two examples she gives. So it is essential that Buxton continually brings in new work to keep the in-plant afloat.

About two years ago, the IT department transitioned its print jobs to the state printer. “In a panic, they told us, ‘The files are going to come in at 2 a.m., you’re going to have to run three machines, and you may have to hire more people,’” she explains. But for her in-plant, it was a piece of cake.

“We invited them out to watch the first job roll off the press. It was done in about 30 minutes,” she says.

Every few years, the state performs a study — much like the one Buxton did when she started working there.

“Someone gets it in their head that jobs would get done faster and cheaper if they were outsourced,” she explains. “But there’s no money savings because we are self-funded. We don’t take any money from the general fund.”

In addition, there’s also a state statute that specifies which work must be done at the state printer.

The last study recommended that agency print shops be consolidated and managed through the state printer. When Buxton was called before the legislature to discuss the recommendations, she took one look at the 100-page, full-color, spiral bound report, and raised a question.

Buxton cites her biggest success as acquiring more work for her in-plant. “The first three months of this fiscal year, we’ve increased our digital print from the same time last year by 39%,” she shares.

Outside of work, family is very important to Buxton. A widow, Buxton lives with her sister, and together they care for their 88-year-old mother. Buxton also adopted a dog named Izzy who is close to her heart. Izzy celebrated her sixth birthday this year.

When she’s not winning print jobs or trading trumpets, Buxton likes to garden, cook and volunteer at her church. In recent years, she and her sister have also started renovating their house. “It’s amazing what you can do when you really need to do it,” she says. “But one night I backed up and got one my feet in a pail of paint.”

A problem like that just rolls off of Buxton.