For in-plants seeking to integrate workflow software, or to upgrade their existing systems, there is much to consider.

The Why of Workflow

“If you don’t have a workflow system, you’re working in silos,” says David Zwang, principal of Zwang and Co., when asked why workflow systems are important for today’s digitally driven in-plant print shops.

Among the key features of workflow software, he says, is that it can minimize the complexity of production and bring value. Of note for in-plants, says Zwang, is the ability for them to fulfill the expectations or requirements of the parent company. This can include elements such as ordering, IT connectivity, and effective communications.

For a workflow system to function effectively platform-to-platform, Zwangs says, it is important to know that “every device has a controller or digital front end, and while most systems are straightforward, an API [application program interface] may be needed to facilitate connectivity.” This may require the use of a developer, he says, or may be a service of the software manufacturer.

For in-plants, Zwang says it is particularly important to be aware of corporate IT environments and what they will allow. He adds that in-plants should be very careful that the parent company’s IT department doesn’t try to build a software system internally. An initial goal, then, for in-plants sourcing workflow software or seeking a major upgrade is to sell the need.

“Talk to other people in similar positions,” he advises.

Another key consideration, says Zwang, is to get buy-in for the system early on, and to have a dedicated person handle the particulars of the adoption or upgrade.

Asked whether inkjet-focused workflow software can work with other inkjet systems used by in-plant shops, Zwang says that will depend on the specific system.

“Some very much can, and some less so,” he says. “It doesn’t mean you can’t use it, but it may not hold the functionality to do as well as hoped.” 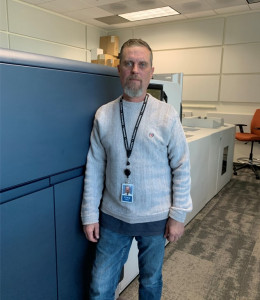 According to Craig Coley, corporate services director for Pinnacol Assurance, a quasi-government workers’ compensation insurer in Colorado, his Denver shop’s major step into workflow software came about five years ago when it replaced an outmoded legacy system. Pinnacol uses Solimar software to drive work to its Xerox Rialto inkjet press and its Xerox Iridesse, which produce marketing collateral such as magnets and posters, as well as statements, invoices, and communications.

Coley says one of the biggest benefits of his in-plant’s workflow software has been the ability to put bar codes on material.

“Prior to that,” he says, “letters were manually sorted, which took hours, and mistakes were made. That was a big win for us: big savings in worker hours, and no data breaches.”

Solimar workflow software has also allowed the introduction of in-line proofing, another benefit. He says the system he uses is simple enough that new workflows can be built in-house, and it is intuitive to use.

One unexpected way Coley was able to take advantage of the workflow system was by proving to his IT department, which wanted to outsource some work to an out-of-state contractor, that his shop could eliminate mailing delays by printing and mailing in-state for 2-3-day delivery. In an area as critical as workers’ compensation, prompt delivery is essential, thus the work is now done in-house. In achieving this win, he credits his supplier, who worked with him to make the process run smoothly. Coley urges in-plants sourcing or upgrading their inkjet workflow system to explore modules that address inserts, tracking software, and other value-adding features.

‘A Higher Level of Integrity’ 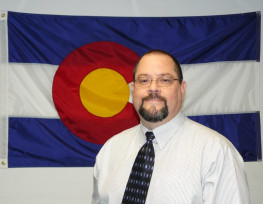 Colorado State Printer Mike Lincoln: workflow software lets us quickly on-board customers, adapt when they have changes, and provide them a higher level of integrity.

State Printer Mike Lincoln says his shop’s drive to implement a workflow system at the State of Colorado’s Integrated Document Solutions (IDS) operation was due to the changing landscape of transactional printing in the state. Lincoln focused on systems that would allow local staff to create DIY workflows instead of having to rely on a vendor to produce them.

“We wanted to do it ourselves, on the fly,” he says. “It made more sense financially.”

Today, his in-plant’s Solimar workflow system is being used to facilitate production on the shop’s Ricoh InfoPrint 5000 MP inkjet press, and to transition that work to a new Ricoh VC 60000 inkjet web press. Solimar’s Automated Document Factory solution also handles workflow for the two Ricoh Pro 8320 monochrome toner presses and Pro C9200 color toner press. The system is also used to manage digital workflows for work that may not necessarily be printed, he says.

For Lincoln’s Denver-based in-plant, the overarching advantage of using a workflow software system has been the ability to quickly on-board customers and adapt when customers have a change. He says IDS has used its system to mine data from customer-supplied PDF documents, thus facilitating the processing of statements and checks. He adds that with the system, “we can easily requeue the job if something goes wrong.”

Lincoln says IDS entered into using its workflow software system knowing it had a need for “a higher level of integrity for our customers.” The shop has added modules over the years, he says, and recently integrated one that optimizes PDF files to solve the challenges of unembedded fonts: “It’s allowed us to do that on the fly, which has reduced file sizes and shortened RIP time.”

For in-plants new to workflow software, or seeking to upgrade, Lincoln urges research.

“That’s the most important step — do your homework,” he advises. “Talk to your peers.”

Finally, he says in-plants must understand that adding workflow software means forming a partnership with the manufacturer chosen. These partnerships result in integrations that must be understood and managed.

The Path to Workflow

Jonathan Malone-McGrew, senior director of engagement at Solimar Systems, would agree. Solimar has partnered with IDS for years.

When he is approached by in-plants interested in workflow software, Malone-McGrew often asks how work is brought in, what steps it goes through, what areas require intervention, and how the process is measured. Any gaps found in these areas may mean the process can be improved.

“What we’re looking for is manual touch points and where printers are experiencing a lack of control in the process,” he says.

For inkjet systems, the key benefits of workflow software, Malone-McGrew adds, include reduced IT costs due to a “templatized” software approach, reduced cost of goods due to reduced waste, repeatable results, and improved customer satisfaction.

Additionally, Malone-McGrew says many printers don’t realize the process visibility and flexibility workflow software can bring, noting that, well utilized, it can result in a competitive advantage. The benefits of standardized printer output can also be profound. He says many digitally driven in-plants can benefit from the systems, but notes that one big concern among in-plants is the pain of implementing a new system. That’s where partnership with OEMs and others comes into play, he says.

“We help partners and customers find value on the path to workflow,” he says.

In-plant Forum: Workflow Automation Can Save You

IPMA 2022 Recap: The Benefits of Automation

Pantone Introduces Its 2023 Color of the Year
END_OF_DOCUMENT_TOKEN_TO_BE_REPLACED