After serving just four months as acting director of the U.S. Government Publishing Office (GPO), Jim Bradley announced his retirement yesterday. He assumed the role in Nov. 2017 upon the retirement of former GPO Director Davita Vance Cooks. Bradley's federal service career has spanned more than 47 years, 22 of them at GPO. 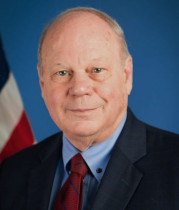 This unexpected move means GPO Chief of Staff Andrew M. Sherman will step into the Acting Deputy Director position, in accordance with GPO’s succession directive. And with President Trump showing no sign that he is ready to appoint a new GPO director, Sherman may find himself in this role for quite some time. Previous incoming administrations took years to get around to naming a new GPO leader.

In a phone call with IPG on Tuesday, Sherman had nothing but praise for Bradley, who has been deeply involved in GPO’s digital transformation. 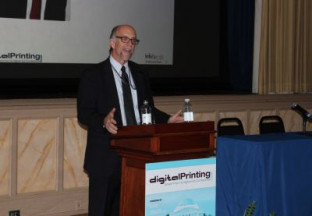 "He's been a tremendous asset to GPO for all the years he's been here," Sherman said.

At GPO, Bradley oversaw the production in digital and print formats of all congressional documents, including the daily Congressional Record, congressional bills, reports and hearings, as well as the daily Federal Register and the Code of Federal Regulations, the annual budget of the United States, the Public Papers of the Presidents, and related documents. He was responsible for GPO’s customer service program to federal agencies, involving the competitive procurement of agency publications and information products from thousands of private sector firms nationwide.

In overseeing these programs, Bradley has worked closely with GPO’s Federal Depository Library Program to ensure the availability of congressional and agency publications for public access nationwide. He also oversaw the introduction of the U.S. ePassport for the State Department, and for the past several years was responsible for its production at GPO as well as the production and issuance of other secure credentials for Federal entities.

In carrying out this work, Bradley oversaw technology modernization efforts to improve the range of GPO products and services produced with or featuring digital technologies, and helped to guide the transition of GPO’s staff and infrastructure to an increasingly digital platform. Bradley has also led efforts to accommodate units of the Architect of the Capitol, the Capitol Police, the Senate Sergeant at Arms, the U.S. Commission on International Religious Freedom, and most recently the Office of the Federal Register and the Office of Government Information Services within GPO’s buildings.

“It has been a privilege to serve alongside the men and women of GPO over the last two decades,” said Bradley.  “I want to thank GPO’s employees, federal agency customers and members of the library community for their support in carrying out GPO’s mission of Keeping America Informed.”

PRINTING United Alliance Announces the Launch of the Apparelist

Four Steps to Clarify Your Vision

Three New Challenges of the New Normal
END_OF_DOCUMENT_TOKEN_TO_BE_REPLACED
Upcoming Webinars
Print Outlook: What to Expect in the Year Ahead