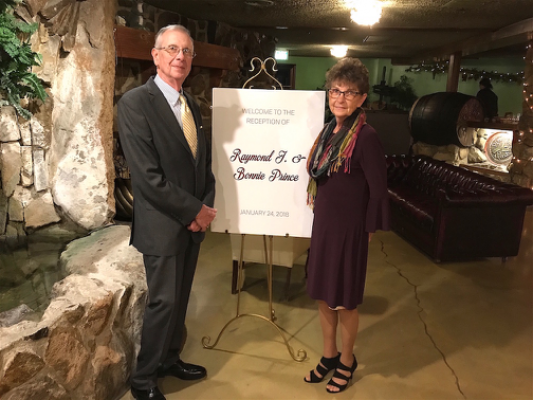 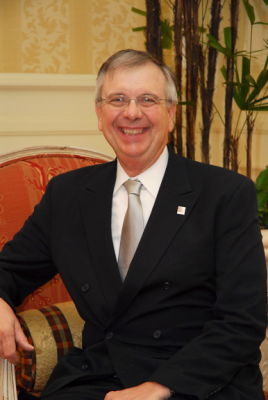 Cal Poly celebrated Ray Prince for spearheading the development of what is now the largest graphic arts library of its kind in the world: The Raymond J. Prince Graphic Arts Collection. 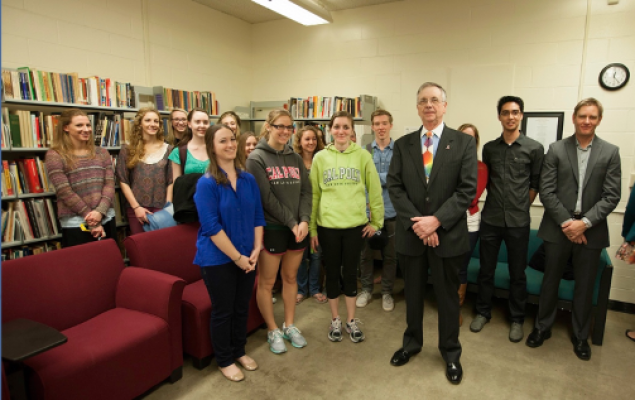 Ray Prince with several graphic communication students in one of the many rooms representing the Raymond J. Prince Graphic Arts Collection.

“P is for Prince.” Cal Poly students gathered wearing T-shirts as an expression of thanks to Ray Prince for his support of education.

Cal Poly has established an endowment in honor of printing industry icon Raymond J. Prince, an advocate of education and industry growth who passed away May 1 of this year, in order to ensure that his name lives on in perpetuity.

The endowment, the Raymond J. Prince Graphic Communication Future Leader Program, will award annual scholarships to graphic communication students who demonstrate academic achievement and the potential to succeed in graphic communication. Priority will be given to first-generation students and to those with financial need. The endowment will also support program advancement, including laboratory and professional development.

“It’s now time to honor him so his name lives on forever in graphic communication education and industry for his unrelenting support and generosity.”

Levenson aims to reach the first $30,000 as soon as possible to award two $15,000 scholarships paid over four to five years, and then raise an additional $70,000 to help endow future annual Ray Prince scholarships. Levenson personally pledged the first $15,000 to cover the first scholarship and invites all who knew and respected Prince to participate. (Click here to access the secure donation page.)

Principal funds contributed to the endowment are protected forever; only the annual interest is used to support the endowment intent, which includes annual student scholarships and program advancement.

All participants will be publicly recognized unless they ask to remain anonymous. All contributions are tax deductible.