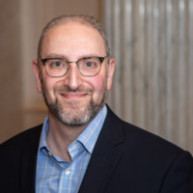 As he noted during his nomination hearing, U.S. Government Publishing Office (GPO) Director Hugh Nathanial Halpern has long felt that congressional documents could use a redesign. This week he proposed modernizing Congressional document formats, which have remained relatively unchanged for the last 150 years, at a hearing before the Committee on House Administration.

Halpern asserted that this 150-year-old format, which consists of small type sizes and tight line spacing, is designed for economy of printing, rather than for readability. The new GPO Director emphasized the need to transition from dense, hard-to-access documents to documents that are readable and accessible on computer screens, phones, and on paper.

“Reexamining the look and feel of Congress’ documents makes sense now that we have the technology to make differences that matter,” said Halpern during his testimony. “The end result will be documents that are easier to author, to produce, and to consume. Congress, GPO, and the public can benefit from these changes.”

“With the advent of XPub and the installation of our new digital printing presses, GPO is finally ready to move beyond the constraints of mere printing to a model that focuses on content and is agnostic when it comes to media,” Halpern told the committee. “My hope is that Congress has reached a point where it is ready to partner with GPO to create documents worthy of the 21st century.”

Halpern also reported to the committee a $36.2 million net positive income after all adjustments for the agency. This is the 10th straight year where GPO has finished the fiscal year in the black.