Sooner than expected , the U.S. Senate's Committee on Rules and Administration held the nomination hearing for the future director of the Government Publishing Office yesterday in Washington, D.C. It was the public's first opportunity to see and hear Hugh Nathanial Halpern, President Trump's nominee, and learn his thoughts about GPO and his ideas for its future. For the past two years, the GPO has been led by a series of acting directors. The last permanent director was Davita Vance-Cooks, who departed in October of 2017.

Hugh Nathanial Halpern testifies before the U.S. Senate's Committee on Rules and Administration.

Calling himself a "long-time customer of GPO" in his previous roll as director of Floor Operations in the Office of the Speaker of the House of Representatives, Halpern quickly got to his main concern with the country's largest in-plant: "It is really hard to work with GPO," he observed.

Halpern noted that GPO's proprietary software doesn't always work the way one expects it to, complicating the flow of work. Customers, he insisted, should be able to use off-the-shelf tools to prepare documents for publication.

"We need to reduce the friction between GPO and its customers," he declared — or they will find alternatives that don't involve the GPO, which could hamper public access to government information.

Halpern acknowledged that some problems are driven by the antiquated design of documents.

"The design of a committee report has never changed since Congress started printing them back in the 1800s," he pointed out.

Halpern recommended taking a close look at how congressional documents are designed and incorporating more modern designs, standard paper sizes, and even color where appropriate.

He noted that GPO's approach to documents has always been "paper first." The systems it has in place look at digital versions as afterthoughts. For example, he said, if the paper document has two columns, so does the digital document. Halpern wants to change this approach so that the digital use of information is considered up front.

Halpern stressed that his goal will be to ensure that GPO's future is secure. 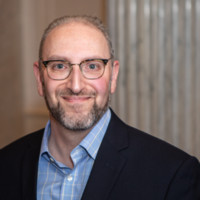 "As one of the few agencies that works on a cost recovery model, the GPO is wholly dependent on its customers for revenue," he pointed out. Though he added that GPO is on solid financial footing, it has some challenges. Its building, for example, dates back to the early 1900s, and because of its much smaller workforce, some parts of the building are now vacant or underutilized. What's more, he added, more than a third of GPO's employees will be eligible to retire in less than two years. But he sees this as providing the impetus to update GPO's business model, and adjust its workforce to meet future needs.

"I will do my best to harness GPO's strengths and put it on a path that leads to long-term security," he concluded.

The hearing took place just under a month after Halpern's nomination. Committee members seemed to have favorable reactions to Halpern and asked him no difficult questions.

"I intend to move this nomination quickly," noted Chairman Roy Blunt, adding that he hopes to take action next week.