The in-plant community is a close-knit group — and even closer than you think for some. Over the years, several in-plant managers have fallen in love and gotten married. Often, they lived nowhere near each other, necessitating long-distance courtships.

When Doug Miller, director of Printing and Graphic Services at Grand Rapids Community College, signed up for the 1996 Association of College and University Printers conference in Fairbanks, Alaska, he didn’t expect to find love on the Alaskan tundra. But he met Melva Christian from the University of Oklahoma at that event, and the two hit it off. They got married in 1998. 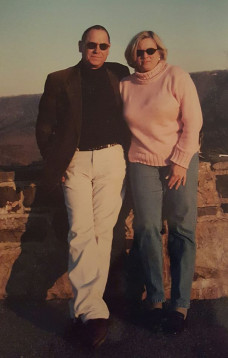 “I was in the hotel lobby and saw a group of blindfolded people following a person down the hall to a session,” Catherine Chambers recalls. “I followed them and sat in on the team-building session presented by a UofL staff member. After the session, I was so impressed with the concept of TQM/team building I asked the presenter where I could learn more about this idea, and she introduced me to Ray.”

She did indeed learn more, and over the next two years, the couple worked together on presentations for IPMA on issues such as copyright, TQM, and the up-and-coming World Wide Web.

“At the COM 1996 conference, Ray asked me to marry him, and we were married in May of 1997,” she says. “We have enjoyed a wonderful life together, mixing business and pleasure with printing friends across the United States and Canada. The only thing we have ever substantially disagreed upon is the interpretation of various portions of U.S. copyright law. Ray has always been my hero, my professional mentor, and the love of my life.”

Other in-plant managers have found just as much happiness together:

Happy Valentine’s Day to these in-plant couples and to every in-plant manager (whether or not they are married to a fellow printer).