The “Who We Are” page on the Progressive Group of Insurance Companies website says it all: “We come to work each day looking at everything through the lens of ‘How can we make this better?’”

The company’s in-plant, Creative Business Operations, is no exception to this statement, having made investments to improve its operation and ultimately transition to a fully digital shop. 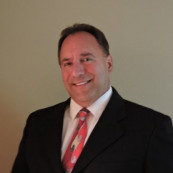 “What we’ve done is a complete digital revolution,” proclaims Thomas Rohrbach, the in-plant’s IT systems engineer consultant. “Everything in our shop now is digital printing. There is no offset press technology whatsoever.”

As part of its “digital revolution,” Creative Business Operations has gone all-in on production inkjet technology. The in-plant invested in four Ricoh Pro VC40000 continuous-feed inkjet printers, which were installed in the first quarter of 2019, along with in-line Tecnau unwinding, rewinding, and folding equipment. The operation implemented Ricoh ProcessDirector print workflow software. It also utilizes QDirect from Rochester Software Associates to consolidate legacy Metacode files and distribute the output to the printers.

With 85 employees and an annual operating budget of $27 million, not including postage, the Progressive Group’s in-plant has two printing facilities — one in Cleveland, the other in Colorado Springs, Colo. — collectively occupying 120,000 sq. ft.

“We’re internally redundant, so if we lose one site we can recover at the other,” explains Rohrbach.

A Colorful and Advantageous Upgrade

The biggest driver of the Ricoh VC40000 acquisitions, Rohrbach says, was the need to print full color.

“The business is really driving the need for full color,” he says. “The lift that they’ve seen on color experiments that they’ve done recently has been pretty significant.”

Though the shop had looked into full-color presses years ago, Rohrbach says the toner-based systems he and his team were evaluating ultimately didn’t make sense.

“We waited for the inkjet technology to get where we thought it needed to be as far as quality goes,” he says. “It finally got to the point [where] it was good enough — actually much better than we would expect.”

Aside from full-color, the inkjet presses have enabled the in-plant to essentially double its capacity. Having replaced older monochrome Ricoh Aficio 4100s, the VC40000s are twice as fast, which Rohrbach says has helped with the in-plant’s internal redundancy model.

Also contributing to the shop’s ability to produce work faster are its high-speed Kern inserters.

“Before [these] inserters, we’d periodically have to wait on print to catch up with them,” says Rohrbach. “When you’ve got an inserter that’s not running, you’re paying for it whether you’re using it or not. Now, the print stays ahead of the inserting operation.”

Since print jobs that used to take until 3:00 or 4:00 in the afternoon are now completed by noon, the in-plant — which operates two shifts, 16 hours a day Monday through Friday — has been able to accommodate rising print volumes. On the heels of a year of increased volume with different Progressive Group promotions during the pandemic, Rohrbach says the current year-to-date print volume total has increased by nine million pages.

“So, [that] is a 36-million-page increase projected over this year, and we have no intention to add any staff or shifts,” Rohrbach says — a different scenario than in the past, when volume increases meant corresponding staff increases.

Each facility has one VC40000 MICR and non-MICR press, the former of which highlights a hidden benefit of inkjet technology. “When you’re printing in MICR in the old toner world, the entire side of the page needed to be MICR ink,” Rohrbach says. “With inkjet technology, you only need MICR for the MICR line itself. [It’s] another way we’ve saved considerable money.” 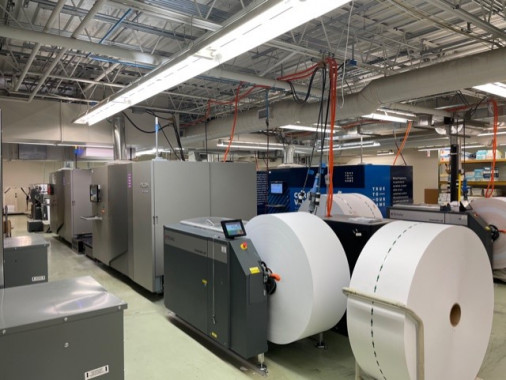 One of the Ricoh Pro VC40000 continuous-feed inkjet printers
installed in Progressive’s Cleveland facility, along with Tecnau
roll-handling equipment.

Other features Rohrbach has enjoyed with the inkjet presses are the ability to slow down the machines as a color application is coming through to take better look at it, and being able to fully automate the shop’s PDF processing, due to the presses accepting PDF natively.

“It’s a really big deal, and that’s what we are leveraging,” he adds.

With these benefits, Rohrbach notes the ultimate total cost of ownership (TCO) being another reason for purchasing inkjet presses.

“We replaced 10-year-old toner-based technology with brand-new inkjet technology, doubled our speed, got full-color capabilities when before we just had black and white, and our net spend for the entire year for all four [presses] was $200,000,” he says, adding that the in-plant evaluated its ROI after both six months and a year. “The big savings is on not paying for toner, and you’re not paying for clicks, at least in our model.” 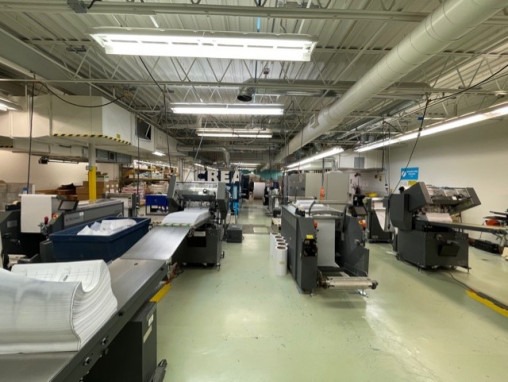 When it came to installing the inkjet presses, the only challenge the in-plant encountered was threading the paper rolls correctly through the presses and Tecnau feeding and finishing equipment.

“If you don’t thread those correctly, and you have a paper break, it could be one to two hours to re-thread that paper,” Rohrbach notes.

Any equipment acquisition requires a period of training. In this case, Rohrbach says, the training was not just about inkjet; it was about the evolution of color.

“When you’re running a toner black-and-white system, you hit ‘go’ and you walk away,” he shares. “Inkjet is pretty similar, except when it comes to color you’ve got to make sure that you’ve really trained your people on how to manage color. That’s a whole different game.”

Rohrbach notes that between the creative service and transactional sides of the operation he was fortunate to have tenured full-color offset press operators that had migrated to digital and were able to translate their knowledge to the inkjet presses.

“Having a color expert is really a big advantage,” he adds.

Additional considerations he shares are ensuring staff members — especially those doing forms design — take training in how to design for full color and inkjet, and for operators to anticipate moving more than they’re used to due to the machine speed.

While Progressive Group’s in-plant has been trying different color treatments on cancellations, renewals, and regular bills to catch people’s attention and is in the process of fully migrating its print transactional pieces to full color, Rohrbach states it hasn’t “really flexed the muscles of the inkjet systems yet with full color. We’re just starting to scratch the surface.”

The in-plant retained some toner presses, including a Xerox iGen 150 (soon to be upgraded to an iGen 150 Plus) to handle specific jobs.

“It’s a slower printer, but it is a wider variety of substrates we can use there,” Rohrbach says. “Inkjet’s still really good, but at the end of the day when you get right down to brass tacks, the toner is still a little bit better for certain applications.”

That said, he acknowledges the inkjet substrate improvements that have been introduced in recent years.

Advice for Those Looking at Inkjet

For other in-plants considering a move to inkjet, Rohrbach advises them to check ink prices, as this is where a great deal of money is spent. Those transitioning from toner to inkjet, though, should not be scared by the sticker price.

“What you’re going to save on toner and clicks is going to make it almost a wash to go from legacy toner to inkjet technology,” he says. “I almost didn’t believe it when I did the TCO review — it almost jumps right out at you.”

Additionally, Rohrbach says, when moving to full-color transactional mail, in-plants will also need to have a full-color cutsheet printer in place to handle smaller jobs and reprints.

With the VC40000s, and its arsenal of digital equipment, Progressive’s in-plant will continue to explore insourcing work where possible, such as the creative work and marketing materials currently being outsourced, which can total more than $60 million a year, says Rohrbach.

He adds that Progressive Group’s Creative Business Operations also looks forward to continuing to migrate the transactional print to full color, and to experiment with adding color to documents and measuring its effect.

“We do a ton of pilots,” Rohrbach says. “We really want to be an ‘innovation center’ for the business. We’re [no longer] considered something that was restrictive to the business because we could only do black and white on toner. Now, we’re an enabler for the business.”