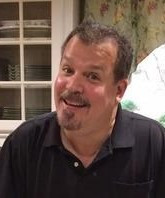 Craig Gerard Kevghas, 62, of Rindge, NH, died unexpectedly on Thursday, June 23, 2022 at his home. He was married to Laura (Hendrick) Kevghas, with whom he would have celebrated their 36th wedding anniversary on September 7, 2022. Craig and Laura raised their two girls, Lindsay Ducharme and Halie Fleming in Westford, MA for more than 24 years, before moving to a small farm in NH with dreams of growing and raising food for themselves, family, and the community in their retirement.

Born in Lowell, MA, Craig was the son of the late Costas S. Kevghas and Claire (Pare) Kevghas. He graduated with the Class of 1978 from Chelmsford High School, Chelmsford, MA. After high school, Craig served as an MP with the US Army – where he was such a bad follower in basic training that they promoted him to lead his unit. In the last year of his service, he was sent to Germany, where he enjoyed playing semi-pro baseball on the Army team. At the end of his three-year commitment, Craig left the military to take advantage of the college tuition money he'd earned. He graduated from U-Lowell with a bachelor's degree in Business Administration and later attended graduate school at Bentley University in Waltham, MA, until one of his marketing professors made the mistake of telling him that he could be teaching the class.

Craig had his own public relations agency for most of the last 25 years, which he started so that he could be home when his girls got home from school. His girls were the center of his life, and he never wanted them to have to go to after-school care. He loved his work and his clients, and always said he would never retire. (Guess he was right!)

Craig was proud to be the oldest member of New Song Community Church. He served as the Treasurer of the church for many years and was proud of his status as a "triple x deacon."

Anyone who knows Craig knows that he was a huge sports fan. He only cheered for football, hockey, basketball and baseball teams, and his whole life enjoyed collecting baseball cards and other sports collectibles. He wanted to be a professional baseball player, but when that didn't pan out, found other ways to enjoy the sport, like playing in the Over Thirty Baseball league in Lowell for years, and even joining the Over Fifty Baseball League for a tournament in Las Vegas one year (when he realized that maybe over-50-year-olds shouldn't still try to play baseball!).

In recent years, Craig's favorite day of the month was the second Tuesday of the month when he helped New Song Community Church serve the meal and have conversation with the guests at St. Paul's Soup Kitchen in Lowell.

The center of Craig's life was his family: his love language was quality time, and every free minute was spent with his wife, daughters, and granddaughters. Being a Papoo was the joy of his life.

Besides his wife, he is survived by his children, Lindsay (and Joseph) Ducharme of Rindge, NH and Halie (and James) Fleming of Merrimack, NH; his brothers, Chuck Kevghas of Pierre, SD, Paris Kevghas of Phoenix, AZ, Scott Kevghas of Evansville, IN, and Stephen (and Denise) Kevghas of Gaithersburg, MD; his sisters, Stephanie Doyle of Nova Scotia and Melissa (and Titus) Palmer of Westford, MA; his granddaughters, Arielle and Rylee Ducharme, and his grandson-on-the-way, Troy Fleming; many nieces and nephews.