The call came on a Monday. Tennessee Governor Bill Haslam wanted to tour the state print and mail operation.

“We had very little time for preparation,” remarks Tammy Golden, assistant commissioner of Communication, Publishing & Distribution. “We decided to have him come to the transactional print and postal areas since no governor had ever visited them.”

Haslam and Chief Operating Officer Greg Adams were very impressed with the operation, and especially with the fact that the in-plant’s consolidation efforts over the last few years have saved more than $1 million a year. That money, Golden says, is passed back to the agencies in price reductions and is also used to upgrade the in-plant’s technology. The operation is preparing to add a production inkjet press. 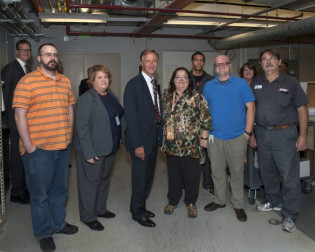 The governor’s visit gave the in-plant a chance to demonstrate its value to the state’s very top leadership, and Golden was very grateful for the opportunity.

“It is so important that the administration sees us as an integrated part of government that is saving money and providing service that the commercial print market can’t provide,” Golden says.

She was thrilled when Adams asked to see the equipment that was used to print and assemble a book for the governor’s cabinet retreat, and then told her he had praised the in-plant’s great work when the book was passed out to cabinet members.

“For the governor and COO to tell the cabinet about our services is about as good as it can get,” Golden declares. “It probably was the most valuable job we’ll do all year in terms of positive marketing.” 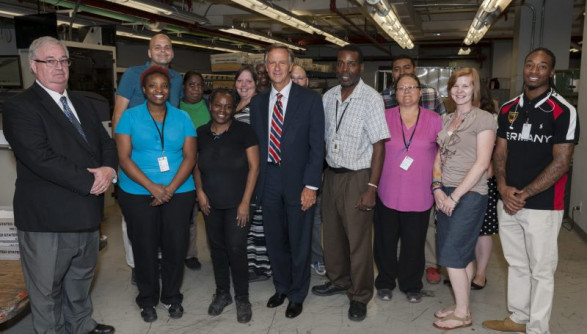 Related story: Whatever it Takes in Tennessee

COLOR22 — A Color Management Conference for Everyone

Three New Challenges of the New Normal
END_OF_DOCUMENT_TOKEN_TO_BE_REPLACED
Upcoming Webinars
Print Outlook: What to Expect in the Year Ahead