As Delvecchio “Del” Shankle sees it, his in-plant at CHRISTUS Trinity Mother Frances Health System has one vital mission:

“We exist to support those who serve at the bedside,” says Shankle, director of operations for Print Services at the Catholic-sponsored nonprofit health care provider, which has 113 locations throughout Northeast Texas and Louisiana. “And the more that we’re able to reduce our costs internally … the more money that can go to patient care.”

For years, though, the Tyler, Texas, in-plant was hampered in that mission by its limited space.

“I felt like we were a potted plant, and we had outgrown our roots,” he observes. “We had added more equipment, we added more staff, we added wide-format, and the footprint never changed. We found ourselves not being as efficient as we could because we just didn’t have the space.”

That all changed in October when the 10-employee operation relocated into a spacious facility that is twice as large as its old one. It went from 7,000 to 14,000 sq. ft. To justify the move, Shankle worked closely with Ricoh, which evaluated the operation, compared its costs with external costs, and projected the savings the health system would gain by expanding the operation.

Jose Gonzalez shows off a sign that was cut on the shop’s Colex Sharpcut Pro cutter. 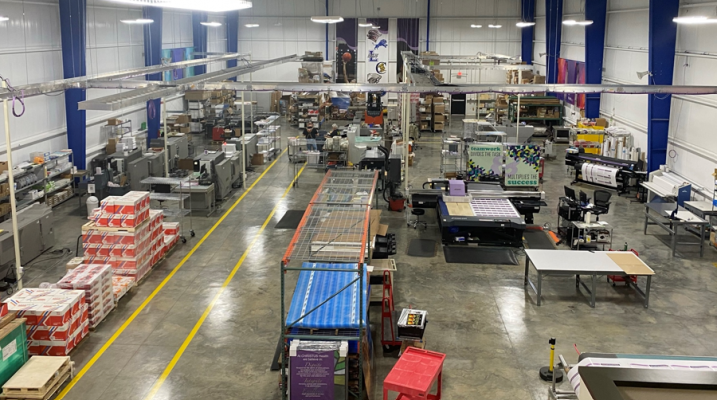 Overhead view of the in-plant. 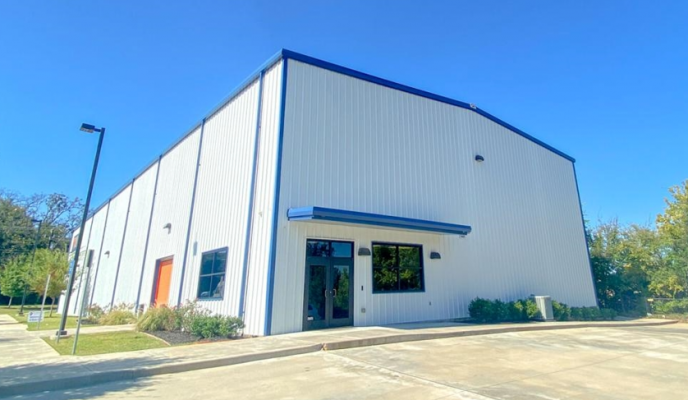 The move gave the in-plant an opportunity to redesign its workflow, positioning equipment so work moves more smoothly through the plant. The shop worked with Ricoh to plan this layout and to develop a strategy for its future printing needs. This new efficiency is letting the shop turn jobs around faster and take on more work.

“We have the space to do what we need to do, and we’re looking to the future,” says Shankle, who has worked at the health system for 23 years, 15 of those overseeing printing.

Print Services processes more than 67,000 jobs per year, which equates to 20 million impressions and nearly 28,000 sq. ft. of ridged and banner materials. Some of this work is printed for nonprofits whose missions align with those of the health system. The shop runs three Ricoh Pro C9210s — two with Plockmatic 500 inline booklet making — two- and four-color Ryobi presses, a Xanté En/Press, a Mimaki CJV300 Series roll-fed printer, a Mimaki JFX500 flatbed printer, a Colex Sharpcut Pro contour cutter, and a host of inserting, binding, and coating equipment. The wide-format equipment was added so the shop could start printing the signage it previously outsourced.

“Now we do all our interior signs in-house,” Shankle says. “We assemble them, we print them, we install them.”

All of that equipment took center stage at a recent open house the in-plant held to show off its new facility. After a ribbon cutting and blessing by a priest, the in-plant welcomed more than 70 people to the open house.

“I was shocked,” admits Shankle.

He made sure all the equipment was running, especially the flatbed printer and contour cutter, so visitors could better understand the in-plant’s capabilities. This has helped bolster the shop’s reputation as the graphic arts experts at the organization.

“They see us as a valuable internal resource,” Shankle says.

Preparing Students and His In-plant for the Future
Comments
Subscribe
Upcoming Webinars
The Ecosystem - PRODUCE: Making It Happen.