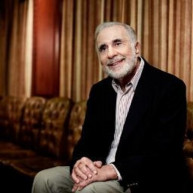 The tit-for-tat public letter exchanges that began Nov. 5 between the boards of Xerox Holdings and HP Inc. took another turn on Dec. 4 when billionaire activist investor Carl Icahn — who owns major stock shareholder positions in both companies — weighed in with his own open letter aimed directly at HP shareholders.

In it, Icahn implores HP shareholders to pressure HP's board of directors to expedite a mutual due diligence process and, ultimately, accept Xerox's $33.5 billion cash-and-stock acquisition offer for the Palo Alto, Calif.-based company. According to Norwalk, Conn.-based Xerox, the offer implies a 77% cash position, with the balance comprising Xerox shares, resulting in HP shareholders owning approximately 48% of the combined company.

Icahn follows a similar script to an earlier letter that his protégé, Xerox Vice Chairman and CEO John Visentin, issued, which pointed to more than $2 billion in synergy savings that could be achieved by combining the two companies. But he also ratcheted up the attack, arguing that HP's new CEO, Enriques Lores, and fellow HP board of directors members are selfishly opposing the deal to preserve their "lucrative positions ... which they fear might be affected if a combination does take place."

Icahn also called HP's previously announced standalone restructuring plan — which includes a massive reduction of as much as 16% (9,000 workers) of HP's 55,000-employee workforce, as well as plans to institute a new pricing tier model for its printing equipment based on whether or not a customer agrees to solely use HP consumables or not — as amounting "to little more than rearranging the deck chairs on the Titanic."

One news outlet, CRN, pointed out in a Dec. 5 article that Xerox and HP have a large share of institutional investors with common positions in both companies. "Five of the top 10 investors — The Vanguard Group, State Street, BlackRock, Icahn Associates and Geode Capital — combined own 23% of HP with $6.08 billion invested," wrote CRN reporter O'Ryan Johnson. "That same group owns 31.86% of Xerox, with $2.39 billion invested."

The same article quoted one noted university finance professor who argued that M&A deals tend to come to fruition when the two parties have more common institutional, and even passive (index fund), shareholders. In the same article, however, the president of a leading M&A advisory firm questioned whether or not this specific deal could achieve the benefits that Icahn and Xerox are promising.

"Are you adding two dogs and creating a kennel, or are you creating something of value?” Martin Wolf told CRN. “No one wants to have more scale making wagons right before the automobile. ... If you conclude it’s better to combine the businesses, can you take out costs which are achievable?” he posed.

Ultimately, the answer to that question will likely fall on HP shareholders to decide. In the meantime, based on the continued back-and-forth letters being made public, it's now HP's turn to counter Icahn's claims.

Here is the complete open letter issued by Carl Icahn:

I beneficially own 23,456,087 common shares of Xerox Holdings Corporation, constituting approximately 10.85% of the outstanding shares, and 62,902,970 common shares of HP Inc., constituting approximately 4.24% of the outstanding shares. These holdings place me among the largest shareholders of each company and I, as well as many others, believe firmly in the industrial logic of combining these two great American businesses.

Amazingly, while HP’s board and management have also declared publicly that they recognize the potential benefits of consolidation, the only thing standing in the way of moving quickly toward a combination that could yield $2+ billion of cost synergies is HP’s board and management’s unreasonable refusal to engage in a customary mutual due diligence process. What is the downside of a mutual expedited due diligence process where there is so much to gain? Because I see no other plausible explanation for HP to refuse to engage in customary mutual due diligence, I am left to wonder whether this is simply a delay tactic aimed at attempting to preserve the lucrative positions of the CEO and members of the board, which they fear might be affected if a combination does take place.

While this might sound cynical, over the last several decades as an activist I have made billions and billions of dollars not only for Icahn Enterprises but for all shareholders by standing up to managements and boards that have refused to do anything that would change the status quo, which might mean threatening their huge incomes. While there are many good and caring boards and managements, there also are many terrible ones that have cost shareholders dearly by failing to act in their best interests, as HP’s board and management seem to be doing now.

I cannot believe that the recalcitrance of HP’s board is driven by any real confidence in its standalone restructuring plan, which the market, shareholders and analysts met with extreme indifference and which seems to amount to little more than rearranging the deck chairs on the Titanic. The road to the graveyard on Wall Street is littered with the bones of companies, such as Eastman Kodak, which wasted a great deal of valuable time by coming up with one ill-fated plan after another and also failed to act decisively when transformative opportunities presented themselves. It is absurd for the HP board and management team, with such a history of underperformance and missteps, to claim to have had a sudden epiphany and now expect shareholders to trust them to execute a standalone restructuring plan rather than to even explore an opportunity to enter into a combination that could bring about a much needed $2+ billion of cost synergies and possibly save the company.

Over the past few decades, we have created literally hundreds of billions of dollars of value for shareholders by guiding boards and CEOs to take the mostly obvious steps necessary to greatly increase the value of their companies. Our strong preference in all of our activist campaigns is to try to work in a friendly, cooperative manner with the leadership of the companies in which we invest and more often than not we have been successful in avoiding the expense and distraction that conflict brings. However, we sometimes do encounter decision-making, such as that which seems to be occurring now at HP, that is irrational and not in the best interests of shareholders and are thus forced to take action to protect the value of our investments.

Over the years, I have seen many obvious “no-brainers” that would greatly enhance value and have worked hard to facilitate these, but I can say without exaggeration that the combination of HP and Xerox is one of the most obvious no-brainers I have ever encountered in my career – one where activism should not even be necessary at all because the merits of the combination are so obvious to everybody involved.

I firmly believe that HP shareholders deserve the opportunity to decide for themselves whether a combination with Xerox makes sense before the idea is summarily rejected by HP’s board for reasons that may not align with the best interests of the company’s shareholders.I implore all HP shareholders who agree with me to reach out to HP’s directors to let them know that immediate action is necessary to explore this opportunity NOW while there is still a willing counterparty on the other side.

In the latest development, on Dec. 9 Xerox made public an investor presentation that Xerox Vice Chairman and CEO John Visentin (click here to view his Xerox Shareholder Presentation) is using to gain the direct support of HP's shareholders. Xerox also indicated that Visentin has begun meeting with key HP shareholders (ostensibly, large institutional investors) this week to walk them through Xerox's case for the proposed acquisition.

In addition, Xerox indicated that it is requesting three weeks of mutual due diligence between the two companies to validate Xerox's assumptions and to discuss additional benefits that it believes the combination of the two companies would provide.

Here are some of Visentin's key arguments:

Shape Your Habits for Success