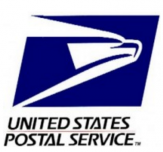 “We continue to face imbalances in our business model that must be fixed through legislative and regulatory change. As we work to effectuate that change, we continue our ongoing aggressive management actions, and remain focused on delivering for the American public, and meeting their evolving business and residential needs," said Postmaster General and Chief Executive Officer Megan J. Brennan. "We are actively adapting to changes throughout the mailing and shipping landscape, providing customers with new solutions that add value for their investment, improve the service we provide, and drive internal efficiencies."

Brennan added that the Postal Service’s largely fixed and mandated costs continue to rise at a faster rate than the revenues that can be generated within a constrained business model, which is ill-suited to ensure the long-term sustainability of the Postal Service.

“We continue to focus on maximizing productivity,” said Chief Financial Officer and Executive Vice President Joseph Corbett. “While many of our network costs are fixed to meet our universal service obligations, we reduced work hours by approximately 1.7 million relative to the same quarter last year.”

The following table presents revenue and volume by category for the three months ended June 30, 2019, and 2018:

The following table presents selected results of operations and reconciles GAAP net loss to controllable loss and illustrates the loss from ongoing business activities without the impact of non-controllable items for the three months ended June 30, 2019, and 2018: 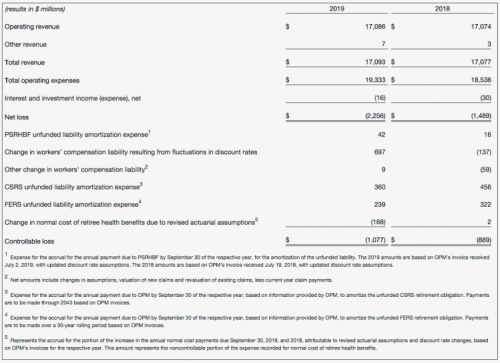