Ushering in a New Era of Digital Specifications

For Ray Weiss, director of digital print programs at SGIA, the print industry is in need of new specifications. Specifically, the digital inkjet side of the business right now is a “wild west” he notes, with equipment manufacturers, printers, ink providers and paper mills all offering high quality products that don’t speak the same language. 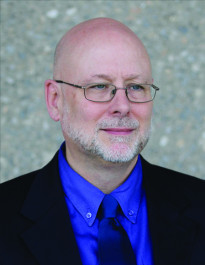 “If you’re an offset printer, you’ve got clear targets,” says Weiss. “Targets you can point to while doing your printing. Whereas with digital, you have to target GRACol or SWOP, which are based on offset measurements, and the ISO standards for offset ink values.”

He notes that when asked, most people in the industry would likely say at first blush that the color across different digital devices, inks and media is fairly consistent, however, “I would say no, they’re not,” he notes. It changes, he continues, based on the formulation of what type of ink is going through the print head, the size of the particles, etc. And if a printer were to use the same media and file on two different manufacturer’s digital presses, you would likely get very different results.

And that is why he has started a new workgroup within SGIA to bring together diverse voices from all aspects of the digital print realm to begin to develop a set of specifications that printers can use with their digital equipment. The list of those who have already signed on to participate is a strong cross section of everyone who has a stake in improving color management for digital inkjet — both wide-format and high-speed production — including:

“The idea was to get a group together and start talking about it,” says Weiss. “To start to gather some data — we are using [SGIA Chief Economist] Andy [Paparozzi] to crunch the numbers correctly.” Weiss notes that SGIA has an advantage in that via the association’s Product of the Year awards as well as its Color Management Certification program, part of the entry includes printing out targets. So, the workgroup will start there, with the data already in house, instead of needing to begin collecting target prints before any work can begin.

“The long-term goal is to work with the standards groups to get [the certifications we will create] recognized across all industries,” Weiss explains. “We’re going to start with digital inkjet because we have a lot of horsepower there already – and if the possibility exists to work with other groups, we will definitely take that into consideration.”

He notes that for now, however, the workgroup will be focused on the shorter-term goal of simply bringing together industry experts and finding a way to agree on common specifications and targets, that manufacturers and printers can all agree are a good baseline for color. Weiss hopes to arrange for monthly conference calls, where everyone in the workgroup can have their ideas and opinions heard, and the data can be examined and discussed. He also hopes to set up an in-person meeting of the new workgroup at PRINTING United in Dallas, Oct 23-25. Weiss says he thinks it would be optimistic that the group would have any solid specifications to present by then, as much as he would like to have it ready.

While Weiss notes that he intends to let the workgroup dictate how the specifications move forward, he does say that if he were to map it out, he would guess they will break into smaller subgroups, with each one focusing on a specific segment of the digital inkjet world, such as solvent, UV, latex, dye sub, etc. Some ink technologies, he notes, might be close enough that they can be combined, while others will really require their own set of specifications. He also doesn’t know yet if the group will decide to have a specification for classes of substrates, or if it will want to create versions for different types — think a general vinyl specification versus one for adhesive-backed vinyl. These types of questions are things the workgroup will need to decide in these first early meetings.

“Right now, manufacturers don’t have any reference points to shoot for,” says Weiss. “Creating these specifications will help standardize workflows and solve problems.” Right now, he says, many of them aren’t thinking about the color management, and printers just want to plug in a profile when they switch media, leading to calls to printer and substrate manufacturers when jobs come out with blue or green tints, for example, because the white balance of the substrate is different.

“There is just no way to know right now what path this group will take or what it will look like,” he says. “It is a difficult road, and a difficult map to lay out, but it’s doable, especially if we take small steps, starting with forming this workgroup,” Weiss continues, “How do we make the industry better? Right now, there is a gap, so I thought, let’s bring this group of great minds together and see what we come up with. I am a big fan of failing forward — if we come up short or fail, we get up and try again. It’s more important to start talking. It’s not going to be easy, but this is a great group.”

Three New Challenges of the New Normal
Reopening Of America: What Will This Look Like For Businesses Across The US
END_OF_DOCUMENT_TOKEN_TO_BE_REPLACED
Upcoming Webinars
Turn Data into Dollars