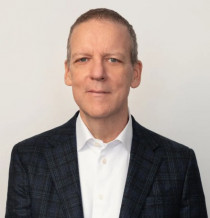 John Visentin, vice chairman and CEO of Xerox Holdings Corp., passed away unexpectedly on June 28 due to complications from an ongoing illness. He was only 59. Visentin leaves behind a wife and five daughters.

(The market quickly reacted to the sad news, with Xerox’s share price falling to a 52-week low of $14.68, before closing at $14.85 yesterday, according to an article in PrintWeek.)

Since joining Xerox in May 2018, Mr. Visentin has been a visionary leader who navigated the company through unprecedented times and challenges. Well-known and respected throughout the industry, his strategy ensured Xerox’s leadership position in office and production print technology and expanded the company into helping solve secular challenges with innovative solutions. Mr. Visentin was passionate about his workforce and an inclusive leader known for his “One Boat, One Team” call to action and mentality.

"Since joining the company in May 2018, John drove Xerox forward,” lauds James Nelson, Chairman of Xerox’s Board of Directors. “As a champion for innovation, he embraced and enhanced Xerox’s legacy as a print and services provider and embarked on a transformative journey that broadened the company’s expertise and offerings to digital and IT services, financial services and disruptive technologies. John’s drive, energy and commitment to the business and its customers, partners and employees will be greatly missed."

“We are all greatly saddened by this tragic news and are keeping his family at the forefront of our thoughts in this difficult time,” says Bandrowczak. “John’s vision was clear, and the Xerox team will continue fulfilling it – not only to deliver on our commitments to our shareholders, customers and partners – but also to pursue John’s legacy.”