As Xerox and HP Wrangle, How Are In-plants Reacting?

Just one week after HP rejected Xerox’s $33.5 billion cash-and-stock offer,  many printers are beginning to speculate how a potential merger could impact their businesses. With so much coverage of Xerox's hostile takeover attempt of HP — a company said to be more than three times its size — we wanted to find out what in-plants are thinking, particularly those who run HP equipment. We talked with two of them: Mike O'Hara, director of DMBA Central Services in Salt Lake City, and Rich Bauer, service enterprises manager at Southern Illinois University’s Plant & Services Operations in Carbondale, Ill. 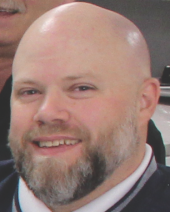 O’Hara was initially skeptical of the transaction, but as coverage increased, his skepticism was quickly replaced with apprehension.

“From a small shop perspective, we’re already a small fish in a very big pond,” O’Hara explains. “My big concern there is becoming an even smaller fish in an even bigger pond. My concerns are with the way that they [Xerox] would restructure service, how we would go about getting consumables, what that’s going to mean for cost of consumables, and what that means for service.”

DMBA Central Services previously owned Xerox equipment, but shifted over to all HP equipment 10 years ago. O’Hara explains that while the move was fueled by his interest in the HP Indigo 7000, service was also a significant factor.

“What it boiled down to was … the HP Indigo that we wound up purchasing, in terms of quality and cost … really beat out Xerox,” he says. “And we were starting to have some service concerns with Xerox towards the end of our relationship with them. The service level wasn’t quite there.”

O’Hara explains that while he understands that service level can be localized to a specific location, and doesn’t necessarily reflect the service quality of a company overall, the quality has diminished enough to make O’Hara’s in-plant consider replacing it’s HP equipment.

From a technology perspective, O’Hara believes success requires both companies to work together and be open minded throughout the merger.

“When you talk about their high-end production equipment, [there are] some very different technologies between the two companies,” he explains. “But if you take on a mindset of research and development, and put their heads together and their technologies together, the hope is they are able to come up with some innovative, cost-effective equipment in the future.” 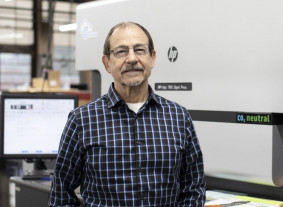 At Southern Illinois University, where the in-plant currently runs an HP Indigo 7900 digital press and an HP Latex 560 wide-format inkjet press, Bauer says he has had good experiences with both Xerox and HP.

“The support and the machines have been good,” Bauer says. “And we’ve had Xerox machines too, previously, and everything’s been well. So, you always wonder, when there is a merger, or a consolidation of any type, you wonder what changes will happen, and you naturally wonder how it’s going to affect us. Maybe it will, maybe it won’t. So, you’ve got to worry. But you’ve also got to think that it might be for the better, but you don’t know.”

Although Bauer is unsure of what changes this potential takeover may bring, he explains that consolidation always affects service.

“Any time there is a consolidation of any kind, usually territories are expanded, and people are given more responsibilities,” he explains. “I don’t know how that’s going to affect us.”

Bauer believes it’s too early to tell how this possible acquisition would affect his in-plant, and he wants to stay open-minded.

“I definitely have to give them a chance because all of these different manufacturers have all of this equipment that fits each in-plant specifically,” he explains. “What we have is not necessarily what someone else might want. But I wouldn’t abandon them right away. If service tanked and their products started slipping, naturally I would have to do what’s good for us.”

From a technology standpoint, Bauer is optimistic that a Xerox acquisition of HP could be beneficial. But with little information, all he can do is try to focus on the positives.

“I’d like to see new ideas,” Bauer says. “I know HP has their strengths, and Xerox has their strengths. It’d be interesting to see what happens if they merge. I’m hoping that it gives us an opportunity to be a better print shop. I hope it doesn’t hurt us. We don’t need that in the industry that we’re in.”