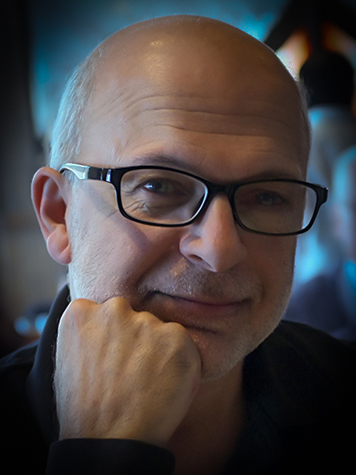 Our 2012 Paper Buyers’ Guide will show you, at a glance, which vendors offer which types of paper. The chart here lists paper suppliers alphabetically

When Your in-plant gets an opportunity to relocate its operations into new facilities, you had better make sure to do it right, for you may never get that chance again. This is when you do all the things you always wanted to do but could not, because of space limitations or budget constraints. This is when you do a lot of reading on "Lean methodology" and apply as much of it as you can.

AN IN-PLANT is a perfect candidate for applying Lean production practices. We are essentially a manufacturing environment that uses multiple steps in various processes. We utilize a variety of equipment, technology, human resources and supplies. There is an ever-present risk of waste and errors, and quality and speed are at the forefront of our concerns.

The largest M&A transaction in the history of the printing industry, in the midst of the worst financial climate this country has seen in decades, could make one printer a towering behemoth among modest-sized competitors.

RR Donnelley has submitted a written indication of interest to acquire the assets and properties of Montreal-based Quebecor World for $1.35 billion in cash and stock. Such a deal, should it become reality, would transform Donnelley into a roughly $16 billion a year concern. The next largest printer would be Cenveo Inc., at about $2.6 billion.

David Watson, president and founder of prepress automation software developer Ultimate Technographics, suffered a massive heart attack during the Drupa international trade show in Düsseldorf, Germany, last Saturday and died at an area hospital. He was 60. The company, based in Montreal, is best know for its pioneering work in electronic imposition software, with the first version of Impostrip having been launched at Drupa 90. Ultimate’s executive management team, under the direction of Mr. Watson’s wife, Joanne David, will be taking over the leadership of the company.

Domtar Inc. has completed its merger with Weyerhaeuser’s Fine Paper business. The new company, Domtar Corp., is reportedly the largest manufacturer and marketer of uncoated freesheet paper in North America, and a leading manufacturer of market pulp. The company’s head office is in Montreal, Quebec, and its operations center is in Fort Mill, S.C. Domtar Corp., with nearly 14,000 employees, has six uncoated freesheet mills that provide two-thirds of its nearly five million tons of annual capacity. The company plans to expand its environmentally and socially responsible papers such as the Domtar EarthChoice product line.