In 2002, the State of Colorado merged several of its print and mail facilities into a single entity. A few years later, a fourth component was merged in, bringing the back end of document processing into the fold, and the entire operation was renamed Integrated Document Solutions (IDS). Today, the design, mailing, printing and processing for the state is all handled under this banner, with Mike Lincoln leading the operations as the State Printer. 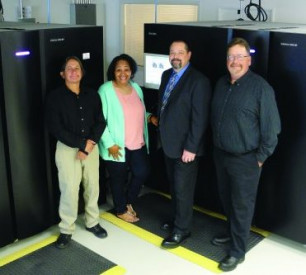 “In one way or another, we touch every document for the State of Colorado,” says Lincoln. “We handle virtually every aspect of document processing and document production in some way, shape or form. We do have a few quick-print facilities at some of the state agencies, but we are the primary printer for the state.”

More than 90% of the printing produced by the state is variable, printed on a Ricoh InfoPrint 5000 MP or 7100, or a Kodak NexPress. The focus is primarily transactional pieces, Lincoln notes, with the Department of Human Services serving as the in-plant's biggest customer.

“They have necessitated an evolution in what we offer,” he said.

To address the shift toward more meaningful and personal transactional documents, IDS has gone through a series of evolutions, installing a variety of new solutions to help fill in the gaps. At the beginning, Lincoln notes, it was just about re-engineering the documents and creating a workflow for the inkjet presses. But phase two, he adds, was about integrating what he refers to as the “address quality program.” 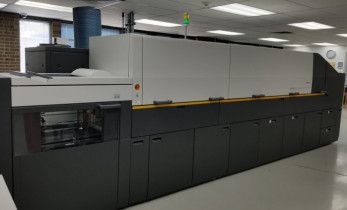 The State of Colorado's Kodak Nexpress.

Integrating the data into the workflow was a manual process, Lincoln says, and the operation was looking for a closed-loop system that would integrate into the solutions already installed, but would bring the robust additional capabilities the shop needed.

That is where BCC Software came into the picture.

The State of Colorado's in-plant is using a variety of modules from BCC Software, including Track N Trace, CASS, DPV, RDI, NCOALink, LACSLink, SuiteLink and Presorting. The operation also has access to BCC’s Data Marketing Services system, which includes NCOALink with FSP or LSP and ANKLink, DSF2, Rooftop Geocoding and Proprietary Change of Address processing (PCOA). 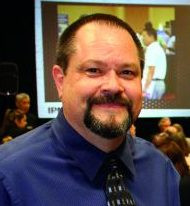 “BCC has given us faster processing speed for addresses,” says Lincoln. “What used to be a static VDP document, we’re now merging with the address data. We can even pull addresses out of documents and run them through the database, then bring them back into the documents. Being able to do all this on the fly, and take advantage of the BCC processing speed, allows us to be more efficient.”

Lincoln notes that processing addresses alone now takes half the time it did with the in-plant's old systems. The next step is going to be assigning each piece an intelligent mail barcode (IMB), which will allow the print shop to track every single piece of mail it sends out.

“Right now we’re only applying IMB to about a third of what we process,” Lincoln reports. “It is our intent to offer that for 100% of the documents we process for mail.”

Part of the reason for that transparency, he says, stemmed from an issue that took place several years ago, where a specific region of the state complained it hadn’t received critical notices, which caused a “PR nightmare," recounts Lincoln. "The very first finger was pointed back to us, assuming we didn’t mail it. A the time there was a lot of manual processes involved, but it became clear there were other recipients in the batch who did receive their notices. It ended up being more of a USPS issue than a state issue.” But, he emphasizes, it pointed out areas for improvement that he has endeavored to solve, with the help of BCC Software.

The Mail Operations at the State of Colorado's print shop.

Since upgrading the systems, the in-plant now uses the BCC Software modules to see zone reporting data from the USPS, for pieces using IMB, allowing IDS to track when and where a piece of mail last touched a piece of USPS sorting equipment and where it is in the mail stream. That ability, Lincoln says, gives the in-plant peace of mind to know that if a situation like the critical notifications ever happens again, he will be able to immediately track the individual pieces of mail and be able to provide their exact location.

For other operations considering BCC Software solutions, Lincoln advised taking the time to sit down with their team to make sure they really understand the unique challenges that need to be solved.

“Make sure they understand what you are hoping to achieve with their solution,” he says. “Make sure that when you’re crafting the proposal, they know exactly what you need. I’m speaking from experience — they pointed out things we hadn’t thought about that would compliment the things we were asking for. That really helped us craft a more complete request.”

BCC Software, says Lincoln, has become a valuable partner for the state print shop, providing new and improved solutions as the needs of the operation have evolved. And, Lincoln noted, BCC has continued to answer questions or trouble-shoot new situations that have come up, even more than a year since the installation.

“They demonstrate what you would expect in a business partner, rather than a vendor,” he says.

With the help of BCC Software, the State of Colorado has seen measurable improvements in efficiency and transparency, and Lincoln expects that to improve over time. It is a solution the state, and Mike Lincoln, have come to rely on to ensure every piece of mail the in-plant creates and sends reaches its intended recipient without any further problems — the ultimate goal of any operation.

Why Printers and Mailers Should Take Data Security Very Seriously

How Direct Mail Automation Is Driving the Printing Industry

Improvements to Mail Operation Save Postage and Printing Costs