One of the worst ways to name your company or product is to use an acronym. There are many reasons why this is ill advised, despite the enormous proliferation of this naming process. Here are three reasons with some real-life examples that spring to mind. 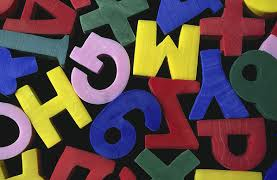 Evidently in 2009, the state of Iowa decided to change the name of its Department of Elder Affairs to the Department on Aging using the acronym, DOA. Immediately many of Iowa’s senior citizens objected to the new name for what seemed like either an insult or a really bad joke. Quietly Iowa changed the name yet again to IDA, for Iowa Department on Aging. Although they were able to eliminate the unintended double meaning the new acronym did not communicate clearly or provide any value so what was the point?

Acronyms Can Backfire Years Later
Here’s an example of how a name based on an acronym can backfire years later. In 1955, an ambulance company began with the acronym, AIDS, which stood for “attitude, integrity, dependability, and service.” Sounds reasonable, right? All was fine until 1985 when The Los Angeles Times reported that drivers were being taunted because the public was mistakenly thinking the ambulance company was for AIDS patients. This necessitated the company changing its name to AME and giving up its customized line of “AIDS 1” and “AIDS 2” license plates. Obviously all of these changes dramatically reduced the company’s brand efforts.

Acronyms Do Not Add Value to the Meaning of Their Products
Do you know what these products are and who makes them?

You should recognize them since its Lexus’ current sedan line-up. There are many who prefer numbers and letters to names of their cars for sure, and there is plenty of research to back this up. However, which would you recall best? To be fair, it appears car buyers are opting for the alphanumeric lingo. In the past 10 or 20 years it seems almost all the automakers — especially those selling luxury vehicles — have abandoned using nouns or names and all have embraced using a blend of letters — mostly capitalized — and numbers. Some make sense, indicating size of engine or length of the car. Some signify nothing. But at the end of the day, an IS is not exactly heartfelt or something that is easily remembered.

So are all acronyms bad? No. There are times when they make perfect sense, but that usually occurs after a company has been around for a very long time and enjoys high brand awareness — such as the company, International Business Machines that changed its name to IBM. That made sense because the company had evolved past cash registers and calculators that were their ‘machines’ in their earliest lineup.

There’s little doubt that naming a company or product is not an easy task. It can be very subjective. And it can backfire on you. So take your time and if possible, design a name versus an alphanumeric combination. It will certainly be remembered more easily.

Tom Marin President of MarketCues, a national consulting firm wants to hear from you! Follow MarketCues on Twitter for strategy and related tips.

Note: If you are a printing executive or vendor serving the printing industry who would like to be considered for a feature in this blog, please complete the contact information here: http://www.marketcues.com/contact/.

From the Editor: Open Your Doors Again

Pantone Introduces Its 2023 Color of the Year
END_OF_DOCUMENT_TOKEN_TO_BE_REPLACED