What's New in the Bindery? (Slideshow)

THE RECENT On Demand show featured more than just digital printing equipment. There were plenty of innovations in the bindery as well. IPG was all over the show floor checking out the equipment. Here are some of the photos we snapped of the bindery equipment that caught our eye. 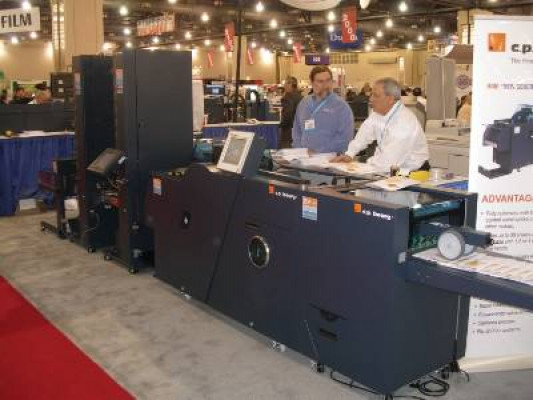 C.P. Bourg’s BM-e Booklet Maker won a Best of Show award in the bindery category. It can stitch, fold and trim sheet sizes up to 14.5x23.5?. Key features include a 300-degree swivel-mounted 12? color touch screen terminal, tool-less job size changeovers and the ability to fold up to 30 sheets of 20-lb bond. 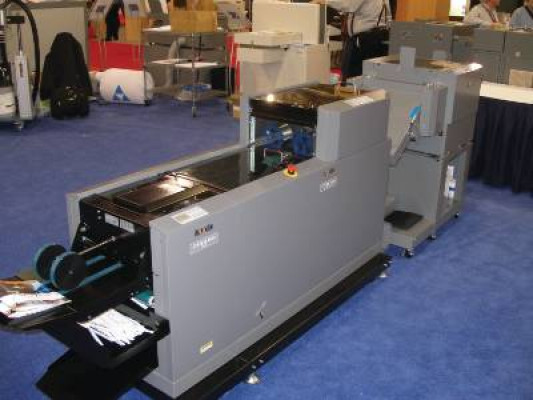 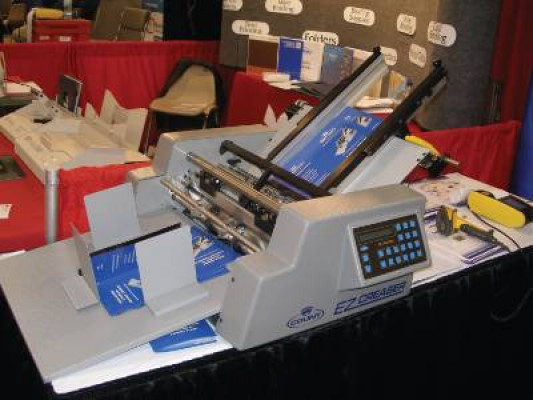 Count Machinery showed its EZ Creaser, which applies a rotary actuated compression crease to produce a sharp score. This eliminates cracking after folding on digitally produced media. Score positions are controlled to 1/100th of an inch and can be placed in up to eight locations per sheet. 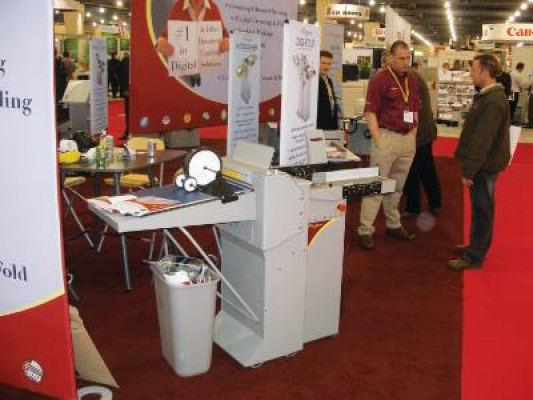 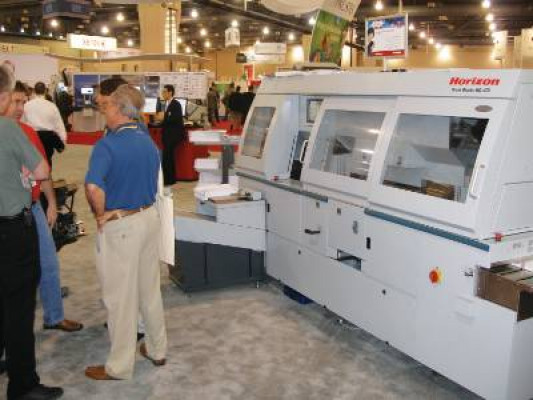 The Standard Horizon BQ-470 four-clamp binder now has two important new accessories.  Operators can use the SI-470 digital caliper to measure book thickness and transfer this data to the binder for automated setup. Also new is the PM-470 pre-melt tank, for longer runs between adhesive replenishment. The BQ-470 features interchangeable EVA/PUR adhesive tanks. 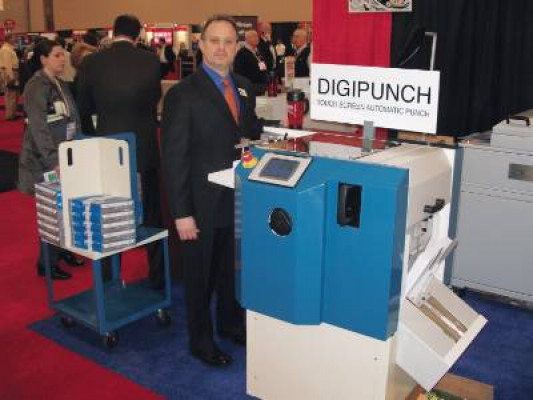 Michael Spiel stands next to Spiel Associates’ new Sterling Digipunch, an economical high-speed punch designed for digital printers. It punches up to 60,000 sheets per hour, features a variable pile lift, and uses a touch screen for automatic setup and changeovers. 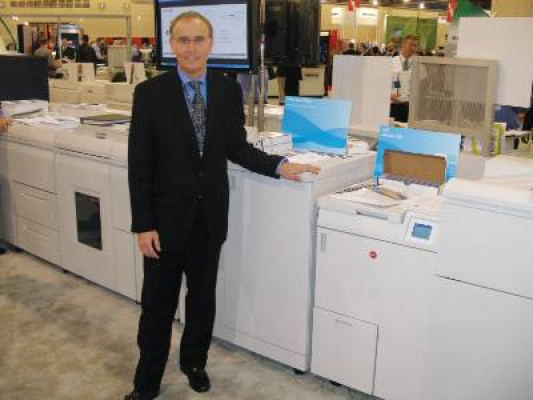 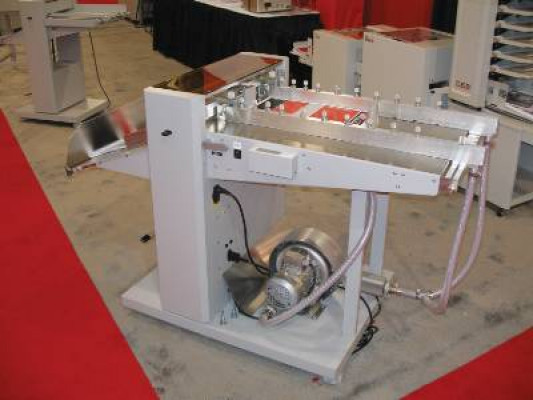 MBM showed the newly available Auto 50 automatic programmable air suction creaser. The bottom-fed system creases up to 5,500 sheets an hour and makes up to 28 creases per 11x17? sheet. It boasts 99 memory settings. 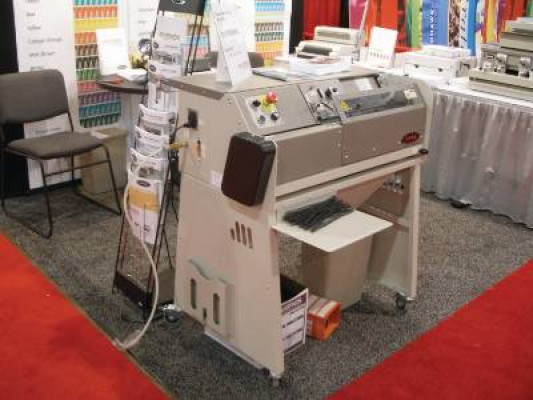 The 3000 QS Auto Coil Inserter, from Gateway Bookbinding Systems, automatically inserts pre-cut lengths of coil into pre-punched books, simultaneously crimping both ends. No tools are needed for setup and changeover. 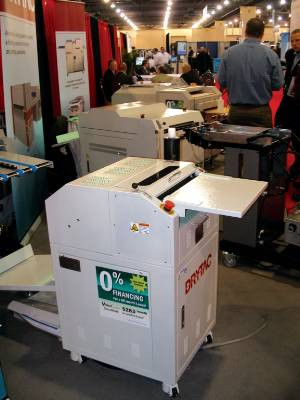 Drytac showed its VersaCoater DocuMate Plus UV coater, which is compatible with polymerized, wax-infused toner and ink. It can coat a range of material thicknesses without adjusting rollers. 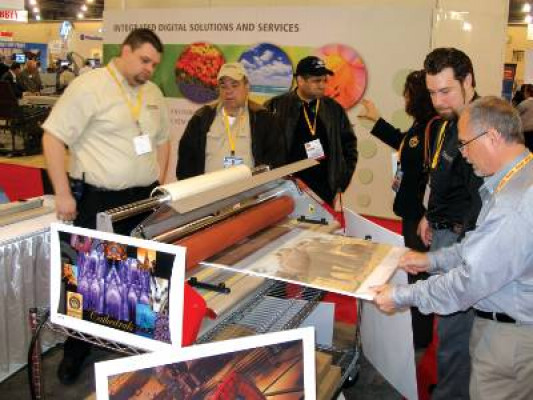 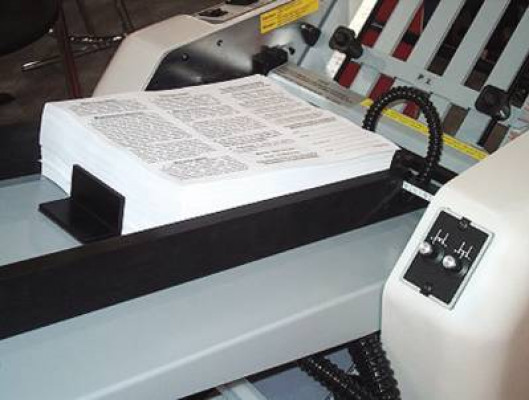 At On Demand, Baum introduced the tabletop turbo suction wheel (shown here on Baum’s 714XLT folder) for improved feeding of even the most difficult stocks. The additional suction allows operators to load the feed table fuller for increased productivity.
0 Comments
END_OF_DOCUMENT_TOKEN_TO_BE_REPLACED
Related Content

Just Comparing Inkjet to Offset or Toner Is Missing the (Key) Point!

Tips and Tools for a Successful Graphics Installation